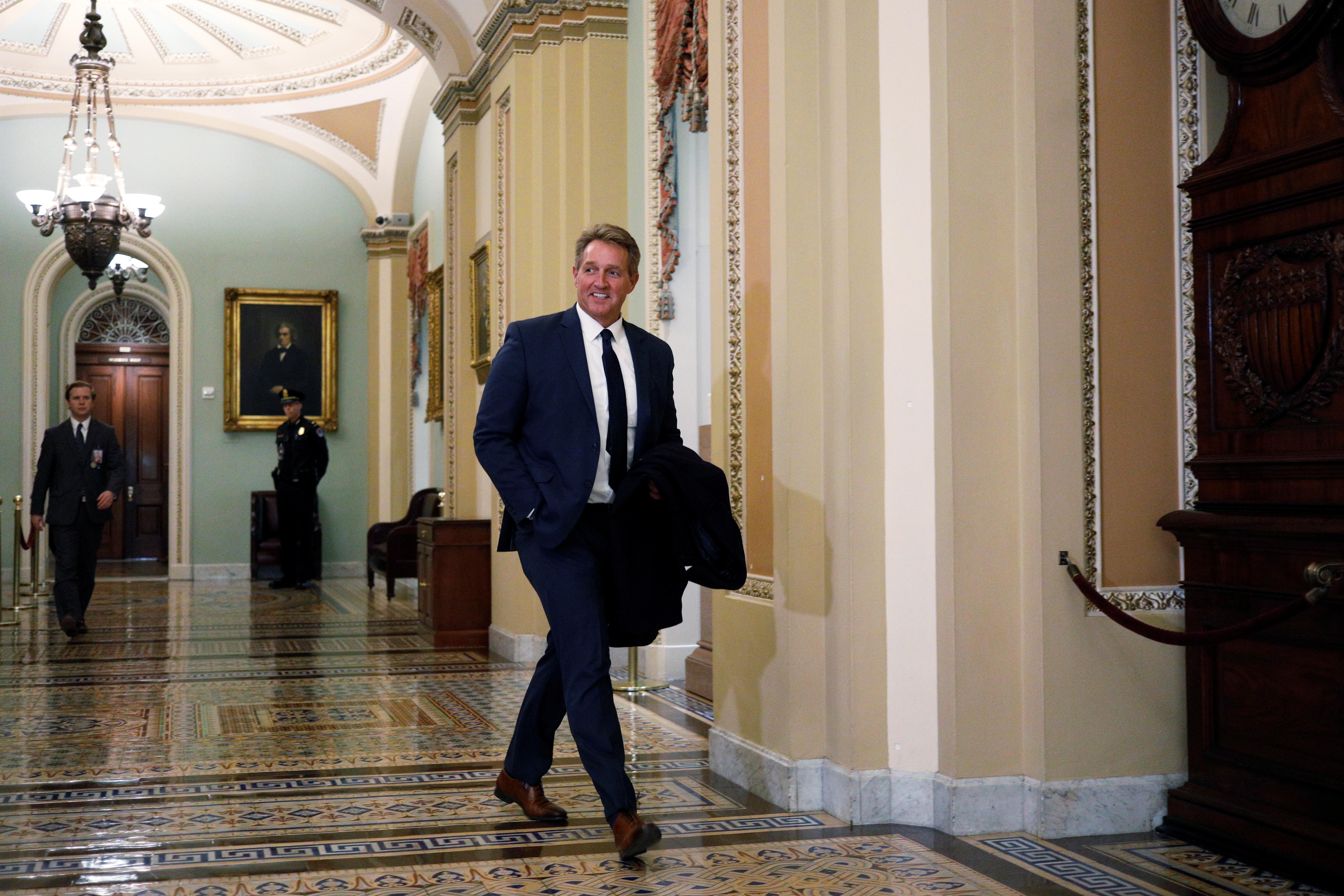 WASHINGTON (Reuters) – More than two-dozen former Republican U.S. lawmakers, including former Senator Jeff Flake, endorsed Democrat Joe Biden for president on Monday, the first day of the Republican National Convention, in the latest rebuke of President Donald Trump by members of his own party.

The 27 former members of Congress joined a “Republicans for Biden” initiative organized by the Biden campaign to encourage Republican support for the Democrat, the Biden campaign said. They cited Trump’s “corruption, destruction of democracy, blatant disregard for moral decency, and urgent need to get the country back on course” as reasons for the move, according to a Biden campaign statement.

Flake, whose opposition to Trump led the Arizona Republican to retire from the Senate in 2018, was due to speak to reporters later on Monday about his decision to endorse Biden.

The former lawmakers represent only the latest Republican group to endorse Democratic presidential nominee and oppose Trump in the Nov. 3 election, illustrating how the Republican president has alienated members of his own party.

The opposition groups object to Trump’s alienation of U.S. allies abroad and his leadership at home, including his response to the coronavirus pandemic that has killed more than 176,000 Americans, according to a Reuters tally, and triggered a severe economic downturn.

The Trump campaign has described the Republican groups campaigning for Biden, such as Republican Voters Against Trump and 43 Alumni for Biden – hundreds of officials who worked for George W. Bush – as “the swamp,” disaffected former officials “trying to take down the duly elected President of the United States.”

In Georgia, a Republican Feud With Trump at the Center