Dominic Raab accused the Labour Party of “abandoning” mass coronavirus test targets for NHS staff and social carers in Wales. Mr Raab renewed the Government’s pledge to deliver as many as 100,000 tests before the end of the month. But as Labour leader Keir Starmer questioned the target, Mr Raab hit back: “We’ve got mobile labs to get to some of those areas that are hard to reach, we’ll be using the army to support the effort. 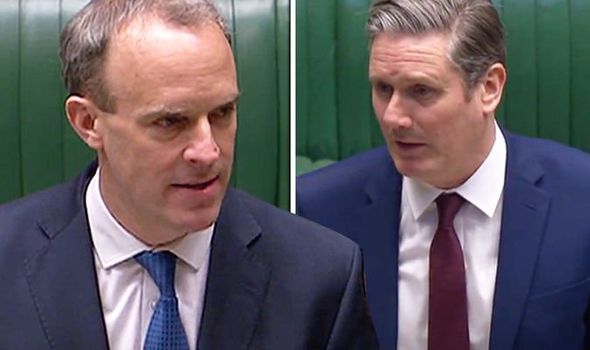 “I think it’s important to have a target and to drive towards the target.

“I think he should join with me in saying to Labour’s Welsh Health Minister Vaughan Gething, who has abandoned the target in Labour-held Wales, that actually, we need to work together in all four corners of the United Kingdom to make sure we reach that target.”

Colorado Democrats line up behind Nancy Pelosi for House speaker