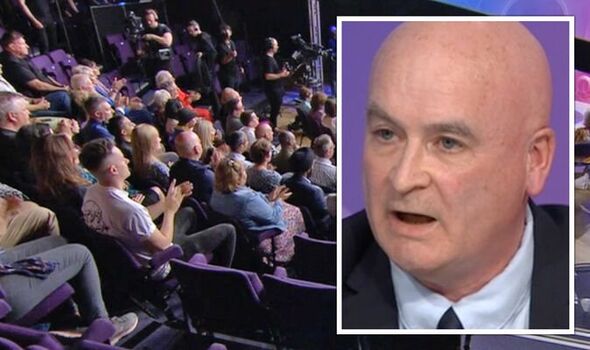 The RMT general secretary is likely to answer some furious audience members after union members took part in the second day of strikes across the country. He earlier warned that more strike action is “extremely likely”, as commuters face further misery. It comes after Mr Lynch demanded Transport Secretary Grant Shapps “to get in the room or get out the way”.
He will join Tory MP Rachel Maclean, Labour’s Nick Thomas-Symonds, former Brexit party MP Ben Habib and founder of Sterling Bank Anne Boden.

The RMT general secretary Mick Lynch will sit on the panel tonight after saying the union will “continue its industrial campaign until a negotiated settlement is reached.”

He also called on the Transport Secretary Grant Shapps to “to get in the room or get out the way”.

Reflecting on Thursday’s strikes he continued: “In a modern economy workers need to be properly rewarded for their work, enjoy good conditions and have the peace of mind that their job will not be taken away from them.

“Grant Shapps needs to get in the room or get out of the way so we can negotiate with these companies who we have successfully struck dozens of deals with previously.

“What we cannot accept is thousands of railway workers being thrown on the scrapheap after being praised as heroes during Covid. 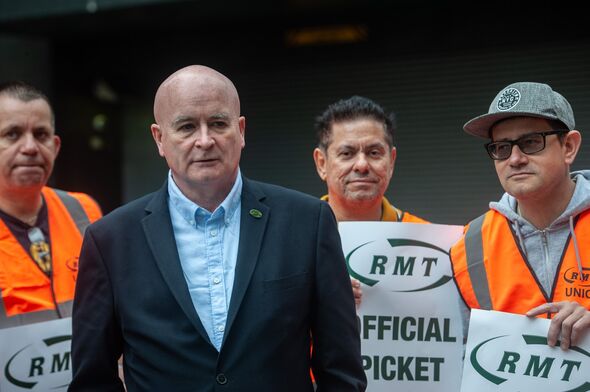 Good evening I’m Francesca Edwards, I’ll be bringing you all the latest developments on Question Time for the next eight hours. Please feel free to get in touch with me as I work if you have a story or tips to share! Your thoughts are always welcome.