The Home Secretary was answering a question from Conservative MP Imran Ahmad Khan on the topic of recent protests linked to the police killing of George Floyd in the US. He referenced a letter to the Home Secretary last week in which Labour MPs accused her of exploiting her Asian heritage to challenge the use of violence at Black Lives Matter protests.

He said that he, the Home Secretary and other Conservative colleagues, “have been subject to torrents of hateful prejudice and frankly racist abuse from the Left’s legions outside, as well as in the case of my right honourable friend, sadly from sources on the benches opposite, as we refuse to conform to their prejudices.

“Does the Home Secretary agree with me that the Leader of the Opposition should condemn all these attacks and support the full weight of the law being applied equally to everyone no matter how righteous they believe their views are?”

The Home Secretary replied: “He is absolutely right, we should be calling out collectively racist and intolerant behaviour and I am saddened that the leader of the Opposition has effectively failed to depart from the divisive, hateful, racist politics of its former leader.” 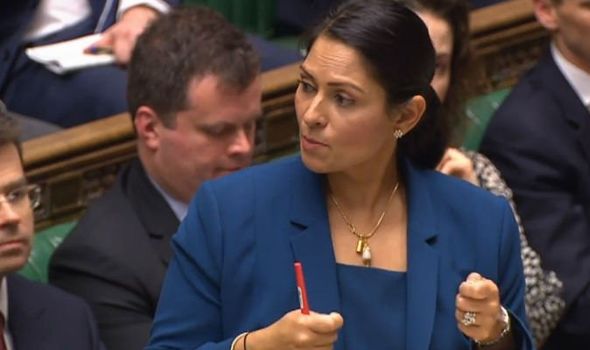 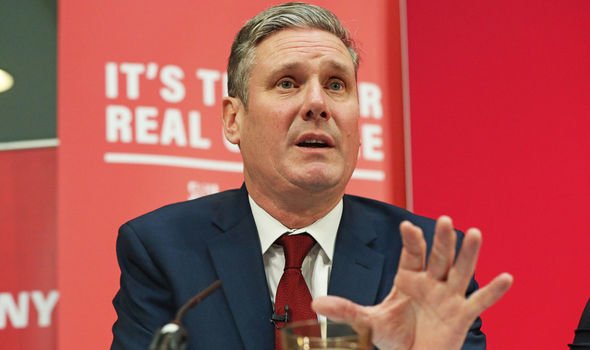 And she condemned the 30 Labour MPs from black, Asian and ethnic backgrounds who sent her the letter.

She said: “I’m not even going to dignify that pathetic letter with a response and I think it’s fair to say that sadly too many people are just willing to causally dismiss the contribution of others, others from different ethnic minority backgrounds, who do not necessarily confront or conform to their preconceived ideas of how ethnic minorities should think. This in itself is racist.”

She added: “We owe it to many across our country and across society to come together to find solutions to the actual inequalities that they face.” 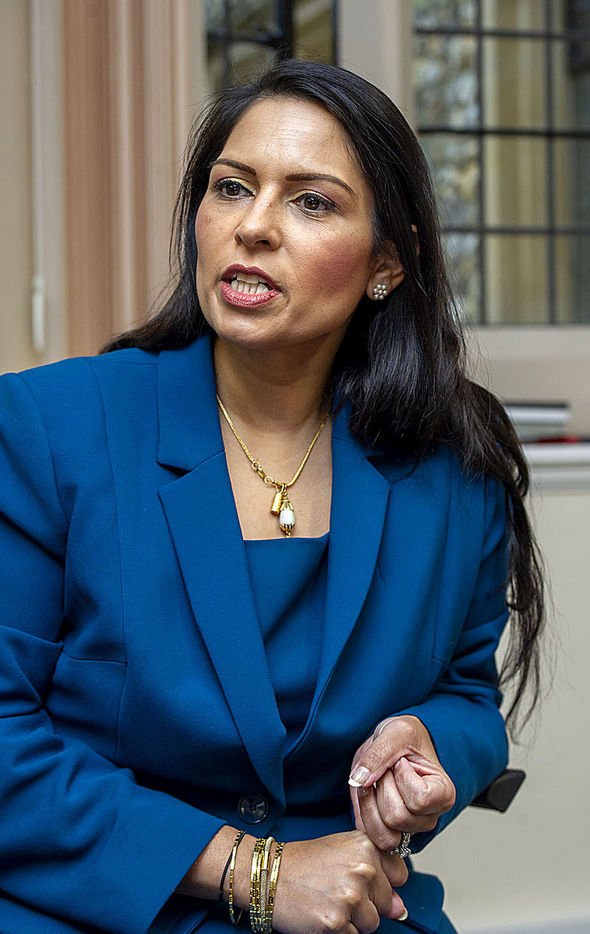 She also branded neo-Nazi thugs who wreaked havoc in London on Saturday “patently racist” and condemned “shameful scenes” of officers being attacked.

Miss Patel said that a total of 137 arrests were made on Saturday as racist thugs clashed with police.

The Government is considering “all options”, including new laws to stop those who attack war memorials and to protect the police, the Home Secretary said. “I refuse to allow our outstanding officers to become society’s punchbag,” she said. “And I refuse to allow monuments to heroes who served their country to be desecrated.

“So this Government is considering all options… including the proposed Desecration of War Memorials Bill.”

MPs were told more than 210,000 people have attended demonstrations across the country following the death in the US of George Floyd, and at least 160 protests took place last weekend, with the vast majority passing peacefully.

But 2,000 people attended counter-protests in Westminster, sparking “ugly scenes” and “eruptions of violence” throughout the day.

She told MPs: “Racist and far-Right hooligans clashed with the police and fights broke out. Smoke bombs, glass bottles were lobbed at the police in shameful scenes.”

Those claiming to be protecting statues were “far from protecting our heritage [and] did all that they could to destroy and undermine those values.”

Overall at least 100 officers have now been injured, as well as three horses and a police dog, while 280 arrests have been made, she said.

Brexit extension deadline: The four ways deadline could be EXTENDED

Coronavirus lockdown in the UK: Here’s a guide to what you can (and can’t) do