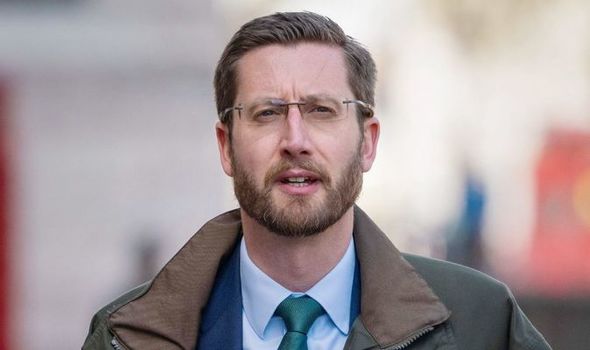 Downing Street said last night the civil servant “recused himself for the remainder of the process” to ensure the investigation “retains public confidence”.

Sue Gray, second permanent secretary at the Department for Levelling Up, Housing and Communities, will take over and report to the Prime Minister.

Boris Johnson had asked Mr Case to look into claims of gatherings in Downing Street last year as the public faced curbs to stop them from mixing.The inquiry was then expanded and it was confirmed Mr Case could look at any alleged party if he felt it was relevant.

But the Guido Fawkes website reported yesterday that two Christmas parties were held in the Cabinet Office last December.

One of them was said to have been held the day before the alleged Christmas party at Downing Street at the centre of the saga.

Both Mr Johnson and Tory chairman Oliver Dowden previously said they were sure Mr Case’s investigation would find no wrongdoing. Mr Johnson insisted the public was more interested in other matters such as Covid – and suggested the media reporting on lockdown-busting parties had caused the Tories to lose the North Shropshire by-election.

He told broadcasters: “What people have been hearing is just a constant litany of stuff about politics and politicians and stuff that isn’t about them.”

The SNP’sWestminster leader Ian Blackford had called on Mr Case to resign when reports of the alleged Cabinet Office gatherings emerged, and said the probe should be led by a judge.

Brussels unity in pieces: Spain threatens to walk away from treaty as EU rebellion brews