Trade Secretary Liz Truss will tomorrow request to join a £9trillion trans-Pacific trading bloc, on course to overtake the European Union in the next few years. Last night Prime Minister Boris Johnson hailed the move, saying: “A year on from leaving the EU, we are wasting no time forging partnerships that will reap huge economic rewards for British people and businesses.”

Since leaving the troubled EU, Ms Truss has signed trade deals worth £885billion. She said the chance for British businesses to join the 11-nation free trade area is only possible because “we are no longer held back by the EU”.

The Prime Minister added: “Applying to join up with old friends like Australia, Canada and New Zealand – as well as exciting, fast-growing markets like Vietnam – is a demonstration of our commitment to making Britain an enthusiastic champion of global free trade.”

Last night Brexiteer Tory MPs hailed the move as proof that the future success of Global Britain lies outside Europe.

“The EU were afraid that Brexit would turn Britain into a major competitor and now their worst fears are being realised.”

The Comprehensive and Pro­­gressive Agreement for Trans-Pacific Partnership group includes Japan, Australia and New Zealand, and will give British firms tariff-free access to all its economies. 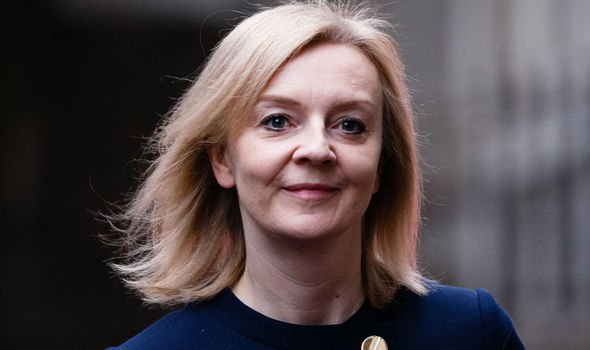 Britain would be the first nation to join that is not geographically in the Pacific region.

In a further boost, US President Joe Biden is likely to take the US back into CPTPP, which means Britain will have a trade deal with America by default and access to the biggest market in the world.

Unlike the EU single market, membership of CPTPP does not require Britain to pay more than £10billion a year, adopt laws from a foreign entity or have free movement of people.

Writing for the Sunday Express, Ms Truss said: “Now we are no longer held back by the EU, we have the freedom to go further and faster to support our job creators. That is why we are seizing opportunities available to us only as an independent trading nation.”

She added: “CPTPP includes some of the most dynamic nations in the world, covering £9trillion of global GDP and 13 per cent of total household spending.”

She also took a swipe at former US president Barack Obama, who claimed in 2016 that Brexit Britain would be “at the back of the queue” when it came to trade deals. 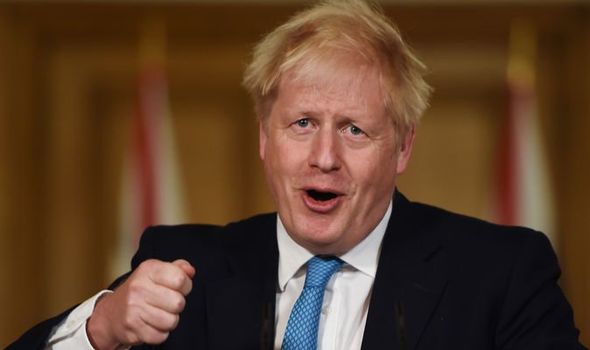 She said: “We’re at the front of the queue and look forward to starting formal negotiations in the coming months.”

While some pro-EU sceptics expressed doubts about the terms of any trade deals struck, the Government has been clear that the NHS and the price it pays for drugs is not for sale in any trade negotiations – including CPTPP.

It will also not sign deals that compromise the UK’s high environmental protections, animal welfare and food standards. The UK will publish its negotiation objectives, detailed analysis and consultation response in advance of talks expected to start in spring.

CPTPP membership is a key part of the Government’s plan to place the UK at the centre of a network of modern free-trade deals. Those pacts will support jobs and drive economic growth at home, while also positioning the country as a champion of free trade and reform of the rules-based system abroad. With almost all the current members of CPTPP in favour of the UK joining the bloc, the process will end with Britain becoming a member. 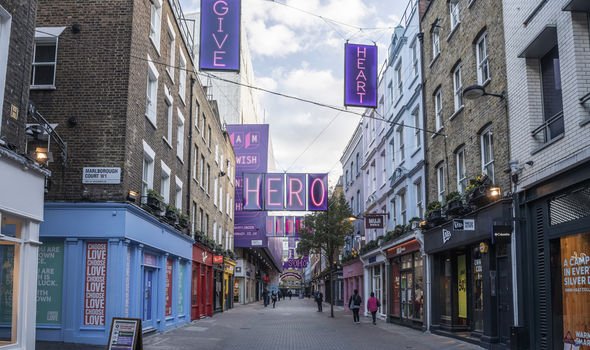 Business leaders have hailed the move, which will prove to be a huge bonus for home-based tech companies.

Julian David, CEO of techUK, said: “This marks an important step in the UK’s path to developing a modern trade policy that ­creates opportunities for the UK tech sector. Building on our recent agreements with Japan and the EU, the accession to the CPTPP will allow us to join a group of ambitious countries breaking the newest ground in digital trade.

“The UK has been a major beneficiary of the rise of digital trade, with more than 67 per cent of service exports worth £190billion being digitally delivered.

“CPTPP will open up new markets for innovative small and medium-sized tech enterprises looking to grow and expand beyond our borders.

“We are looking forward to working with the Government throughout the process.”

Mike Cherry, chairman of the Federation of Small Businesses, said: “Membership of the CPTPP would be a hugely welcome development for all small businesses looking to either expand or begin their trading journeys.

“Crucially, at the very heart of the agreement is a focus on small and medium-sized enterprises, something that we have lobbied for the inclusion of in every free trade agreement, ensuring that no business is left behind.

“This is truly a world-leading move and one that will genuinely help small firms to thrive and ­succeed more than ever.”

CBI president Lord Karan Bilimoria added: “This ambition marks a new chapter for our independent trade policy. As one of the largest free trade agreements in the world, these 11 countries ­contribute more than £100billion to our economy.

“Membership of the bloc has the potential to deliver new opportunities for UK business across different sectors. 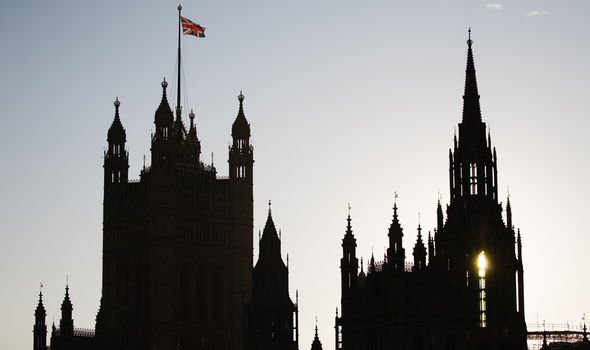 “The CBI will continue to work with the Government to ensure that firms get the most out of an agreement that will create jobs and deliver wide-ranging benefits to communities across the country.”

Ms Truss will speak to ministers in Japan and New Zealand tomorrow morning to request to join the CPTPP, with formal negotiations to start as early as spring.

The Government sees joining the bloc as part of a strategic move to deepen the UK’s access to fast-growing markets and major economies of the future, including Mexico, Malaysia and Vietnam, for the benefit of UK business.

The UK would be the first country to take forward accession negotiations since the agreement was formed in 2018, putting us at the front of the queue to become the next full member.

A number of other countries have also expressed an interest in joining, including Thailand, Taiwan and South Korea.

● Boris Johnson has unveiled a taskforce of senior Tory MPs, headed by Sir Iain Duncan Smith, to explore ways of how Britain can make the most of its Brexit freedoms.