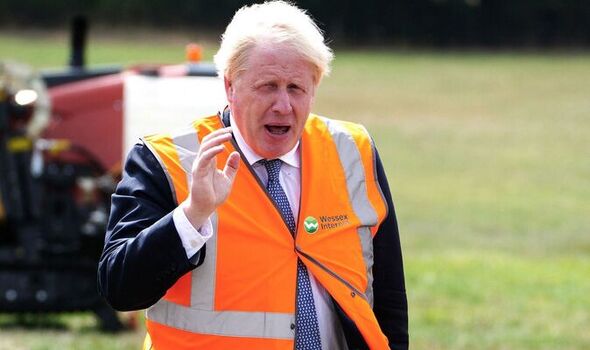 The Prime Minister said the opposition’s attacks “turned out to be absolutely, totally b******s” but the party has never retracted its comments. Both Sir Keir Starmer and his deputy, Angela Rayner, said the UK’s death toll was the worst in Europe but records show that is not the case.

“Just remember how Labour in the pandemic they all started saying, ‘Oh, we have the worst record of any European country’. It turned out to be absolute, total b******s.

“And we vaccinated faster than any other European country.”

The Prime Minister said: “By the way, one point that is worth making because there’s a lot of stuff now from some people now like former Supreme Court judge Jonathan Sumption and so on saying that we should never have locked down and people saying that the NHS is in a bad state now because of lockdown and that is complete nonsense – opposite of the truth.

“I think Daily Express readers can see that. If we had another 20-30,000 people in hospital because of Covid, during those times, that would have meant even more people pushed out of the NHS who needed cardiac treatment or cancer diagnosis or whatever. The problem would be even worse.”

Republicans Seize on Shuttered Schools as a Political Rallying Cry