The bloc’s commissioner for financial services Mairead McGuinness warned she is not under any pressure to accelerate talks with the UK to help the sector. EU ministers are still continuing to finalise the details of a recent memorandum of understanding for future regulatory cooperation – four months after Brexit when the UK cut all ties with the bloc. The agreement, which was negotiated separately from the Brexit trade deal, was struck between London and Brussels last month, and could lead to a forum to closely manage post-Brexit financial services trade.

Ms McGuinness told Bloomberg: “I know there probably is an appetite on the UK side for us to sit down and get going.

“We are certainly very keen to do that, but we’re not under pressure to do it.”

She also insisted the EU’s main priority at the moment was not focused on Britain, but its own financial services markets.

Ireland’s top eurocrat added the bloc would look at Britain’s plans to move away from its rules in the future before making any final decisions to grant the access in question. 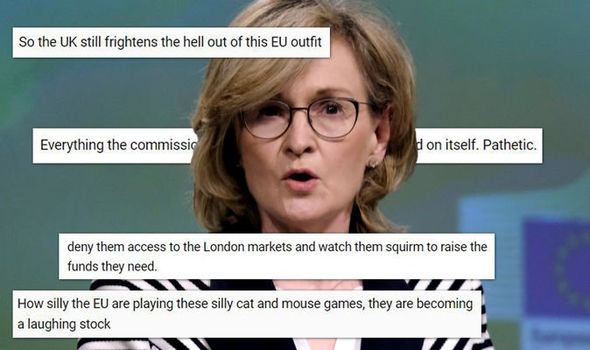 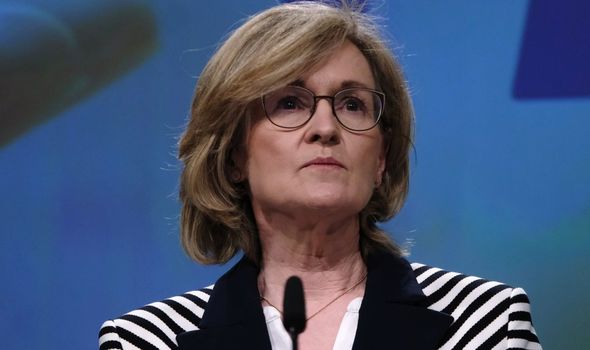 But Britons have launched a furious attack against the EU as it continues to drag its feet to ensure the City of London has access to the bloc’s financial services markets.

One Express.co.uk reader said: “Everything the Commission does these days seems to rebound on itself. Pathetic.” 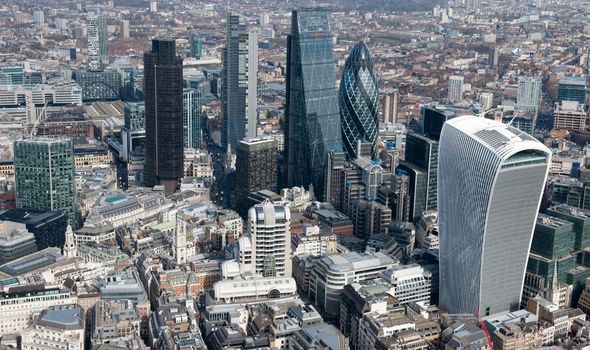 A second person wrote: “How silly the EU are playing these silly cat and mouse games.

“They are becoming a laughing stock.”

Another reader urged the UK to punish the EU over the delay in granting the City of London has access to the bloc’s financial services markets.

The raged: “Deny them access to the London markets and watch them squirm to raise the funds they need.” 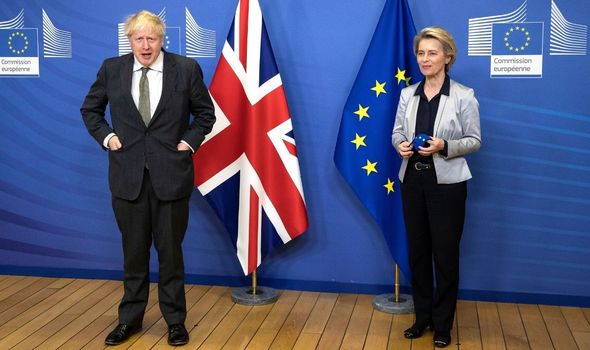 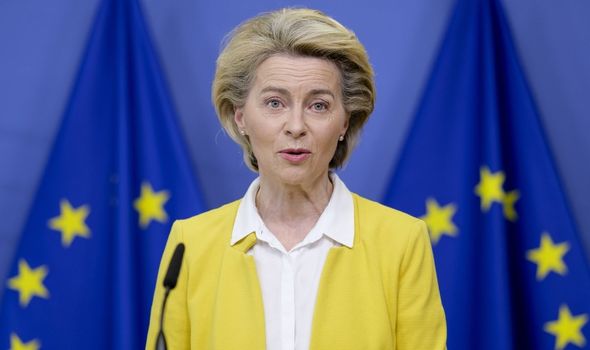 A fourth person added: “So the UK still frightens the hell out of this EU outfit.”

Four months on from the expiry of the Brexit transition period at the end of last year, firms in the City of London are still waiting for free access to be granted to the EU’s own markets.

This has forced global investment banks, including JP Morgan and Goldman Sachs, to move billions of pounds in assets and thousands of staff to Europe.

Brussels has also warned it will not be rushed into granting an “equivalence” agreement, that would see British firms’ rights to operate in the bloc given back to them.

Several EU member states, including France, had wanted the bloc to use Brexit in order to significantly boost its own financial services market, taking business away from London by restricting the City’s ability to access the sector in Mainland Europe.

But sector leaders in Britain have hit back at any possible attempts from Brussels to take this aggressive stance.

KPMG head of financial services Karim Haji said: “It’s not that if we don’t have an equivalence deal things will suddenly stop working or become very difficult.

“I don’t believe that at all, and actually most of the clients I talk to definitely recognise that.”

“The regulatory regime that we had before Brexit and today is by and large the same, and many of the regulations that we talk about in terms of EU regulations, the UK was not only an active participant, but quite a leading thinker, and the relationship between the UK regulators and the European regulators is still strong, so I think that there are lots of positives.”

Trump says he will pardon a very important person on Tuesday