Home » Politics » North demands a voice: Call for real power for north of England as unheard voices rise up 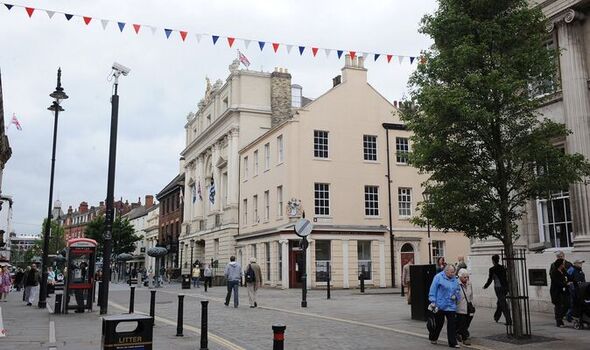 Lancashire MP Jake Berry, founder of the influential Northern Research Group, said: “The party cannot afford to take us for granted. ” Conservative MPs representing seats across the North are to gather next month to debate how the party can continue winning in “red wall” seats. The event, in Doncaster, will look at ways to create jobs, increase life expectancy in areas where it is below average and elect more regional mayors. It’s been organised by the Northern Research Group, a caucus founded by Mr Berry, which has been described as the “trade union” of Tory MPs in the north.

Mr Berry was Minister for the Northern Powerhouse and attended Cabinet meetings until the role was abolished in 2020.

Last night he said: “We are the biggest caucus within the party. Our conference will be an opportunity for all members, MPs, councillors, voters, to come and shape the future of conservativism in the north.

“There have been conversations that need solutions, solutions that we aim to finalise at the conference.

“Members on the ground have long asked for a direct voice in the north, that they can speak to, who has real power to level up communities and can be held accountable. This is something that needs resolving, as our membership is distinct from the rest of the country.”

He urged Mr Johnson to listen to recommendations that come out of the conference.

“What I hope for most, is that Boris sees that these members are the reason this government has a majority. We are the ones keeping out Labour. Whatever members decide is in best interest of the north, should be quickly adopted by government.”

Mr Berry also called for swift action to help struggling families with the cost of living crisis, including a cut in VAT similar to the temporary cut introduced during the 2008 banking crisis.

He said: “I think an easy win, that helps people in the north, is looking again at VAT.

“I remember shopping the weekend after VAT was cut, following the financial crash. The shops were packed. Businesses were given a much needed lifeline, and the high street was packed.

Other MPs will take part in sessions looking at proposals to improve bus and rail services in the north and boost education and training opportunities. One debate will focus on the Government’s “net zero” strategy, which is designed to reduce carbon emissions linked to global warming.

Critics have called for an end to green taxes which are currently added to energy bills, but some supporters argue the strategy provides opportunities for manufacturers and energy suppliers in regions such as the north east. Dogger Bank Wind Farm in the North Sea is set to become the world’s largest wind farm, with 107 metre high blades manufactured at a new factory in Teesside.

Transcript of Blinken’s Speech on ‘New Chapter’ in Afghanistan