Mr Salmond, a former first minister of Scotland, told an inquiry he had “no doubt” that Ms Sturgeon breached the ministerial code. The story has gripped people across the UK and analysts have suggested it could be the downfall of independence-mad Ms Sturgeon.

Furious Britons launched attacks on Ms Sturgeon’s drive for independence, saying her plan would spell “disaster” for Scotland and would lead to a “powerful unopposed one-party state” above the border.

A new survey showed support for Scottish independence is at 43 percent while support among Scots to remain in the union is at 44 percent.

Once the answers of uncertainty are removed, the two sides are deadlocked in a 50-50 face-off.

The latest poll dealt a heavy blow to the Scottish National Party’s (SNP) independence drive after 22 consecutive polls showed a majority of Scots want out of the UK. 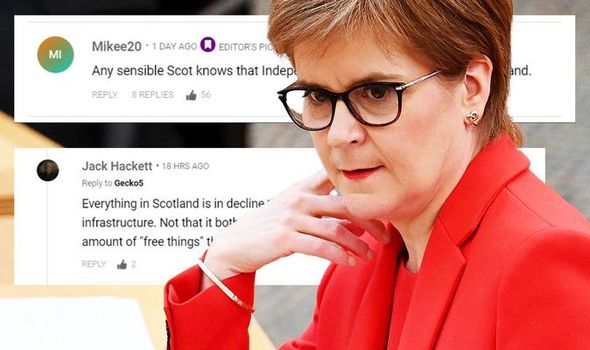 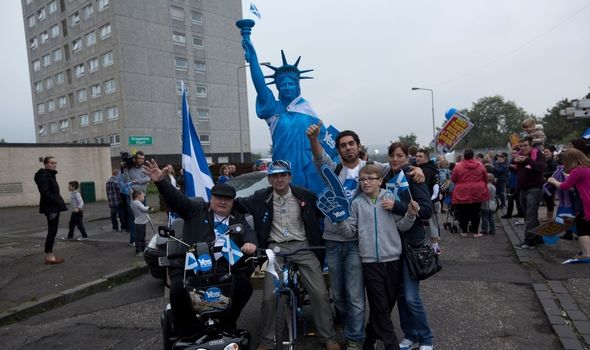 Express.co.uk readers were quick to rip apart Ms Sturgeon’s independence campaign in light of the drop in support.

One person said the power Ms Sturgeon has held to run Scotland since November 2014 has been “wasted”.

They wrote: “Her big show hospital still has not opened, education failing (it used to be envied round the world), drunk or drugged wasters better known as her voters hanging about with nothing but the dole check to pick up.

“Sad for a once-proud country to be dragged down to this level.” 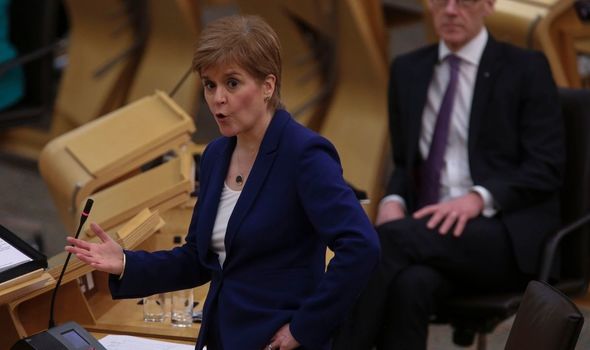 Another said: “Any sensible Scot knows that independence would be a disaster for Scotland.”

And a third wrote: “If I were a Scot, my biggest concern would be after independence would it be an all powerful unopposed one party state.

“We all know here that leads?”

And others accused Ms Sturgeon of failing to respect the 2014 indyref which saw Scotland vote to remain in the UK. 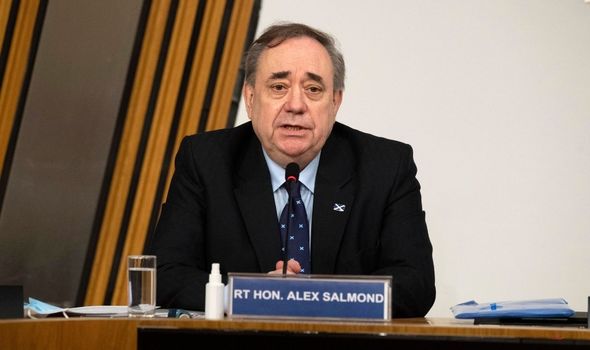 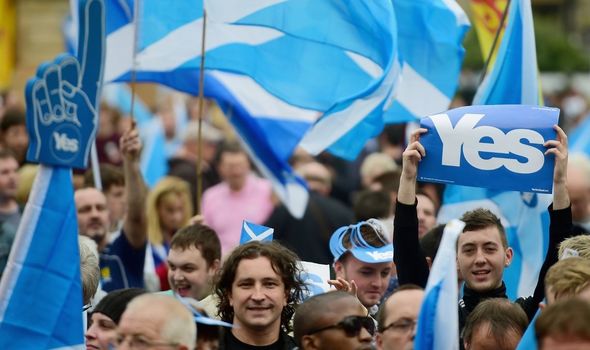 Others accused Ms Sturgeon of continuing to “bang on about independence to cover up the SNP’s failings.”

And some even said almost every aspect of life was “in decline thanks to the SNP”.

One reader claimed to have been a paid-up SNP member until “it became apparent Wee Nicola had no intention of respecting a democratic vote.”

They said the chaos that has erupted over Alex Salmond has made Scotland the laughing stock of the world.

The reader added: “The current farce at Holyrood makes me embarrassed to be a Scot.

“We are now a laughing stock in the world much to the delight of people like Putin.”

The Scottish Parliament inquiry is examining the Scottish Government’s botched handling of a string of harassment allegations levelled against Mr Salmond. 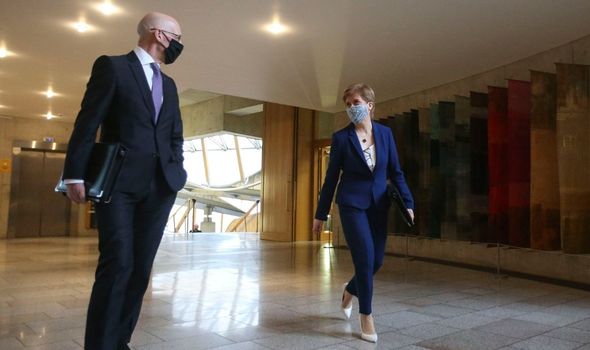 Speaking at the Scottish Parliament inquiry, Mr Salmond offered an account of a meeting he had with Ms Sturgeon that appeared to contradict her version of events.

The First Minister has denied breaking the code.

The opinion poll was carried out by Survation and the Sunday Mail. A total of 1,011 adults in Scotland took part on February 25 and 26.