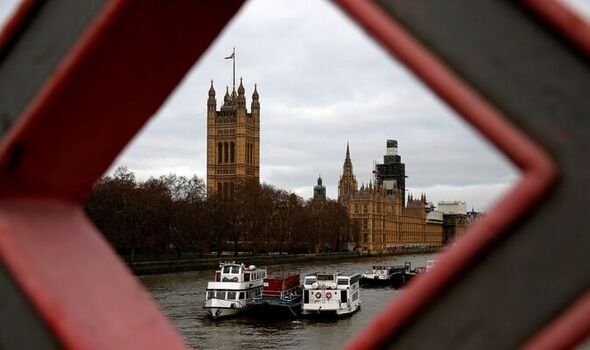 More than 30 Tories have written to Boris Johnson and Chancellor Rishi Sunak in support of a day which would also celebrate the contributions of volunteers and public servants to their communities. The signatories include former party leader Sir Iain Duncan Smith, ex-Culture Secretary Karen Bradley and former International Development Secretary Andrew Mitchell.

Their call comes as the “Thank Holiday” campaign pushes for a “dedicated day of thankfulness” and is backed by celebrities including Dragons’ Den star and entrepreneur Deborah Meaden and adventurer and TV presenter Bear Grylls.

The MPs urge the Government to conclude a review into the costs and benefits of a new bank holiday “ahead of the Platinum Jubilee, and announce a new, annual bank holiday in time for the national celebrations of Her Majesty’s reign”. They write: “Her Majesty has lived a life of faithful service to the nation. She is an inspiration to people across the country who dedicate themselves to others and who help in countless ways to strengthen our society.

“The Covid pandemic saw millions of volunteers stepping forward to look after their neighbours. The crisis caused by the war in Ukraine has prompted hundreds of thousands of people to offer homes to refugees.

“And out of the spotlight, every day, people from all walks of life spend their working or leisure hours in service to other people, in schools and health settings, in charities and faith groups, and in other associations and institutions of community life.” Making the case that the Platinum Jubilee holiday should become a permanent fixture, they urge the Prime Minister and Chancellor to “encourage the devolved nations to follow suit, honouring” the Queen. and all volunteers and public servants across the UK”.

They argue that the new bank holiday would have a “highly positive effect on wellbeing, prosperity and economic confidence”. Other signatories include former First Secretary of State Damian Green, ex-Welsh Secretary Alun Cairns, ex-Sports Minister Tracey Crouch and Father of the House Sir Peter Bottomley.

Sir Iain said he expected the Government would look at the proposal carefully. “I think it’s an important thing to do and won’t do any harm,” – said.

Brendan Cox, co-founder of the Together Coalition which is championing the bank holiday, said: “This is an extraordinary group of Conservative MPs from right across the party.

“The idea of a new Thank Holiday is now supported by everyone from businesses to trade unions, faith leaders to MPs.”

The Government has said bank holidays present a “considerable and significant cost” to the economy and any proposal for a new national day off “would have to be carefully considered”.

Its impact assessment for this year’s Platinum Jubilee bank holiday on June 3 put estimated costs at around £2billion.