(Reuters) – More than a dozen states as early as this week are expected to sue the Trump administration over cuts at the United States Postal Service they say could delay mail-in ballots in the November elections, Maryland Attorney General Brian Frosh said on Monday. 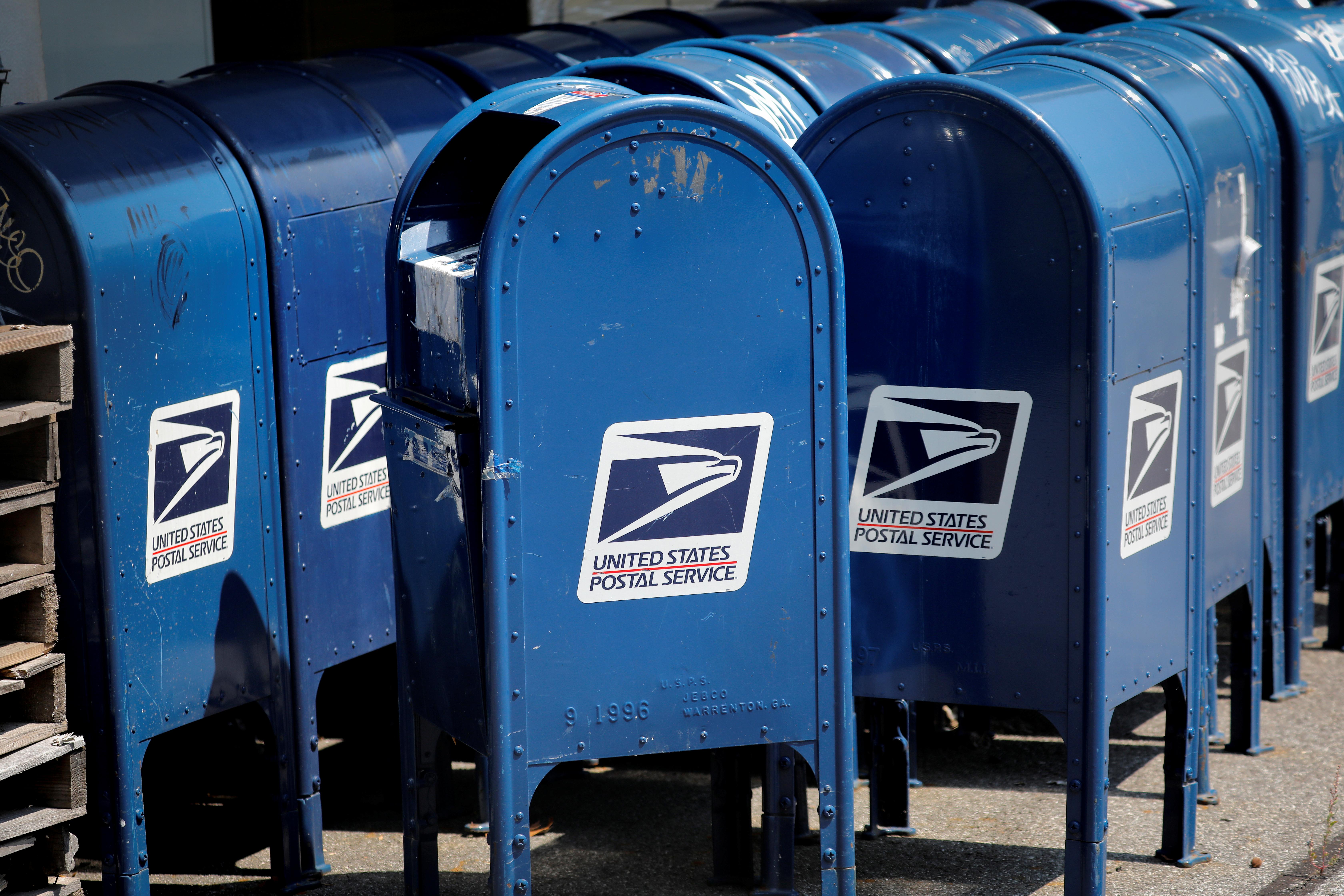 Frosh said anywhere between 15 to 20 Democratic attorneys general are reviewing legal arguments, and he expects that the states involved will join in one, or possibly several, lawsuits.

“We are talking with other AG offices and expecting to take action soon,” Frosh said.

Republican Trump, who is trailing presumptive Democratic nominee Joe Biden in opinion polls, said last week he was against Democratic efforts to include funds for the Postal Service and election infrastructure in coronavirus relief legislation because he wanted to limit mail-in voting during the pandemic. Twice as many people could vote by mail as did so in 2016 because of the pandemic, according to some estimates.

Democrats have cited reductions in overtime, restrictions on extra mail transportation trips and new mail sorting and delivery policies as changes that threaten to slow mail delivery of ballots and other critical mail such as medicines.

Trump on Monday denied that he was attempting to undermine the Postal Service’s ability to handle mail-in ballots.

“No, we’re not tampering,” Trump said in an interview with Fox News. “We want to make it run for less money, much better, always taking care of our postal workers.”

Ohio Attorney General Dave Yost, a Republican, has asked Trump to postpone the operational changes until after the Nov. 3 elections. The post office is a “perennial drain on the Treasury,” he said in a letter. “But making the radical changes only weeks before early voting begins – however fiscally well founded – would place the solvency of the Post Office above the legitimacy of the government itself.”

It’s unclear whether Yost would join any legal action.

Frosh said that in Maryland, the service has pulled six sorting machines.

“They pulled four out in one location,” in the Democratic stronghold of Baltimore City, he said.

Connecticut Attorney General William Tong said in an interview that it would be unconstitutional to physically bar someone from voting or block the roads so people could not get to polling stations.

“So, too, it’s illegal to intentionally defund the postal service or dismantle close to 700 mail sorting machines in big cities across the country or to remove blue mail boxes, which we’ve heard about,” Tong said.

Tong said he had been collecting evidence of mail delivery problems in Connecticut and that the office has been “flooded with complaints” about delays.

New York Attorney General Letitia James said in a statement on Monday she planned to sue over the cutbacks and called Trump’s attempt to “interfere” with postal operations an “authoritarian power grab.”

The Democratic-led House of Representatives will meet on Saturday to consider legislation barring changes to Postal Service levels that were in place on Jan. 1, 2020.

Trump’s appointed postmaster general here on Monday agreed to testify before Congress next week on cuts in service.

Brexiteer issues furious warning to coastal MPs: ‘Should be fighting for British fishing!’