Home » Politics » Michael Gove is Secretary of State for Levelling Up – but what does it actually mean? 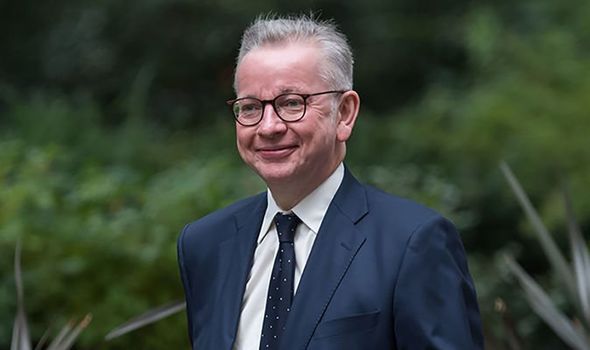 The decision by Boris Johnson to transform the Communities Secretary brief to prioritise levelling up in the former Labour red wall areas in the north of England and midlands comes after stinging criticism that he does not have a plan to fulfil his promises.

In a sign that he is serious about keeping his word, Mr Johnson has also appointed former Bank of England economist Andy Haldane to head the Levelling Up Taskforce in the Government tasked with bringing meaningful change.

The new role will be given the same rank as a permanent secretary in the civil service giving Mr Haldane authority to push through changes.

Mr Johnson said: “This Government is committed to uniting and levelling up every part of the UK and I am determined that as we build back better from the pandemic we are geared up with the teams and expertise to deliver on that promise.

“Andy is uniquely qualified to lead our efforts to raise living standards, spread opportunity, improve our public services and restore people’s sense of pride in their communities. I look forward to working with him, and with my new ministerial team, to deliver the opportunities this country needs.

As Levelling Up Secretary Mr Gove will drive cross-Whitehall efforts to deliver a programme of tangible improvements in every part of the UK as we build back better from the pandemic.

He will have responsibility for United Kingdom governance and elections taking the additional title of Minister for Intergovernmental Relations, working closely with the Territorial Offices and leading coordination with the devolved administrations on the Prime Minister’s behalf.

The job will be part of the UK Government’s attempts to preserve the Union against continued attempts by Nicola Sturgeon and the Scottish Nationalists to split it up.

He will be supported in the department by new Minister of State Kemi Badenoch, seen as a rising star in the government, and Harborough MP Neil O’Brien, who has been appointed Parliamentary Under Secretary of State.

Mr Gove said: “I’m thrilled that the Prime Minister has asked me to lead the Levelling Up agenda, the defining mission of this Government.

“With a superb team of ministers and officials in a new department, our relentless focus will be on delivering for those overlooked families and undervalued communities across the United Kingdom.

“We have a unique opportunity to make a real difference to people’s lives.”

Mr Haldane said:  “Levelling up the UK is one of the signature challenges of our time. It has also been a personal passion throughout my professional career.

“So, I am delighted and honoured to be making a contribution to this crucial objective by heading the new Levelling Up Taskforce.  I look forward to working with colleagues across government, local and national, and with the private and voluntary sectors, to design and deliver an economy that works for every part of the UK.”

Mr Haldane will get support from the Royal Society of Arts, Manufactures and Commerce (RSA).

Tim Eyles, chairman of the RSA, said: “The RSA has a long history of working with government to help resolve the challenges of our time. Levelling up is crucial if we are to unlock untapped potential across the whole of the UK, and is at the heart of the RSA’s programmes of work. We are therefore extremely pleased and honoured that Andy has been asked to lead this taskforce.’’