Home » Politics » Major, one of Biden’s German shepherds, will be sent away for training after biting incidents. 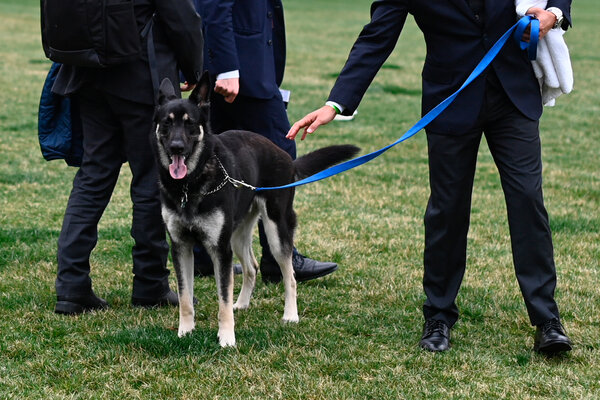 Major, one of President Biden’s German shepherds, will be moved from the White House complex to receive training after he was involved in a series of biting episodes, the East Wing said on Monday.

“Major, the Bidens’ younger dog, will undergo some additional training to help him adjust to life in the White House,” said Michael LaRosa, the spokesman for Jill Biden, the first lady. “The off-site, private training will take place in the Washington area, and it is expected to last a few weeks.”

Major is about 3 years old and adopted from the Delaware Humane Association after Mr. Biden’s daughter sent him a Facebook post about a litter of puppies available for adoption. Once they moved to the White House shortly after Inauguration Day, Major, along with his older compatriot Champ, were given walk-in privileges in the Oval Office and free rein of the South Lawn.

That has changed since Major has bitten at least two people who have gotten close to him, including an “unfamiliar person” who took him by surprise, resulting in a minor injury, Jen Psaki, the White House press secretary, said in March. In recent weeks, Major, who once roamed outside without a leash, has been kept on a short restraint. After leaving the residence each morning, the dog has been surrounded by handlers, Secret Service officials, and a swirl of White House officials.

Champ, who is over a decade old, will stay behind at the White House while Major receives training. The Bidens also intend to move a cat into the White House, but on Monday, Mr. LaRosa did not provide a timeline for the feline’s arrival.

Priti Patel erupts at Sky News host’s claim UK not safe after Brexit ‘Not true at all!’