Finbarr Sheehan is seeking to represent Labour for the Redlynch and Landford ward of Wiltshire council after tomorrow’s local elections. He shared a post on Facebook at the start of the coronavirus crisis last spring which appeared to advocate deliberately infecting others with COVID-19.

Mr Sheehan urged his followers to cough on Tories on the same day Prime Minister Boris Johnson announced Britain was suffering “the worst public health crisis for a generation”.

A series of skulls made up the background of the picture accompanying the words. 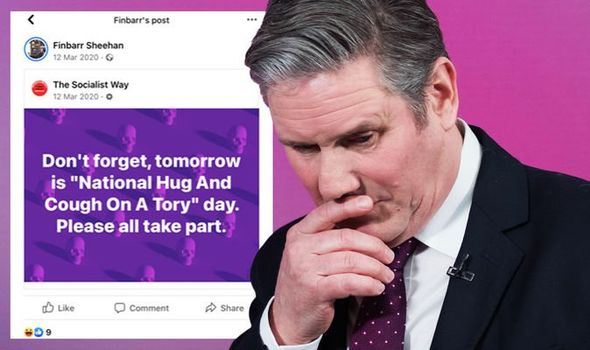 Since the start of the pandemic last year more than 127,000 people have died within 28 days of a positive coronavirus test.

The remarks are not the only time Mr Sheehan has shared controversial views on social media.

In April 2017 he likened the Democratic Unionist Party to a terrorist organisation.

He described the largest party in Northern Ireland on Facebook as “Christian ISIS”. 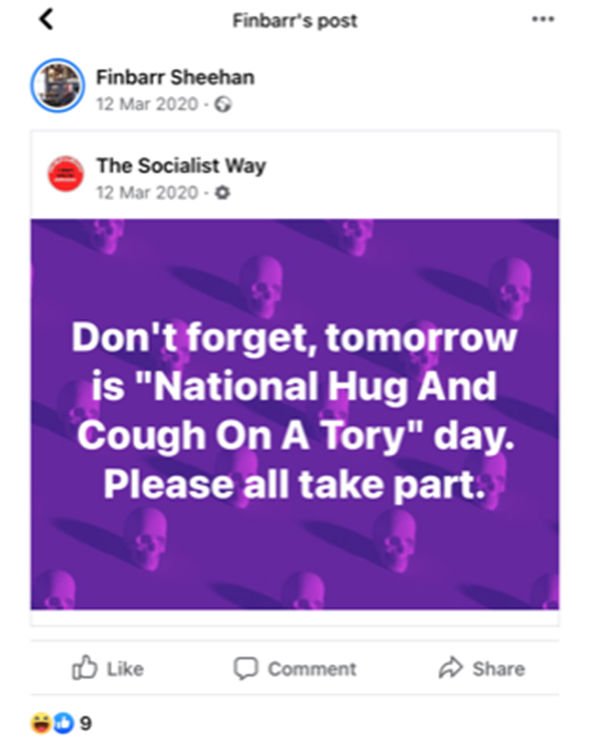 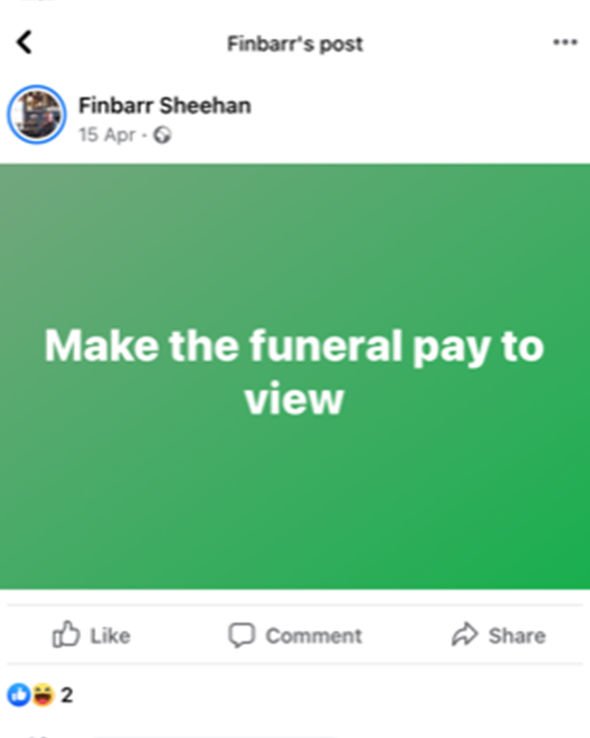 Two days before the Prince Consort’s funeral he posted: “Make the funeral pay to view.”

“Labour does not stand for the values of the British people and nor do they deliver good local services that are value for money.

“Only the Conservatives are committed to delivering on the people’s priorities.

DON’T MISS:
We are witnessing the death throes of the Labour Party [COMMENT]
‘No idea who he is’ – Starmer humiliated as Labour struggle to make mark [WATCH]
Election will prove if Boris has truly won over red wall – TIM NEWARK [ANALYSIS] 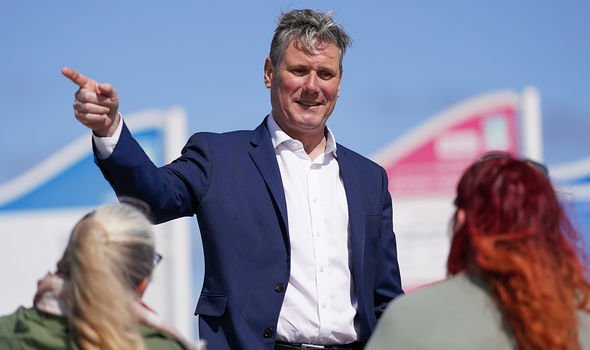 “Keir Starmer should act now to distance himself from these dangerous and disrespectful comments.”

Wiltshire council is also where Sir Keir Starmer’s director of communications, Steph Driver, is hoping to be elected councillor.

Tomorrow millions of Brits are heading to the polls across the country for what has been dubbed “Super Thursday”.

With a number of elections delayed by a year owing to the pandemic, tomorrow there are votes in local, mayoral elections, as well as for the Scottish and Welsh Parliaments.

In a damning blow for Sir Keir, polling indicates the Conservatives are likely to be the clear winners in England, with the party likely to win the crunch Hartlepool by-election along with a number of other vital votes.

Sir Keir Starmer has said he will take “full responsibility” for the results.

He said today on the eve of the elections: “We are fighting for every vote into those elections tomorrow.

“We are having a very positive reception on the doorsteps, we are going into tomorrow in good spirit.