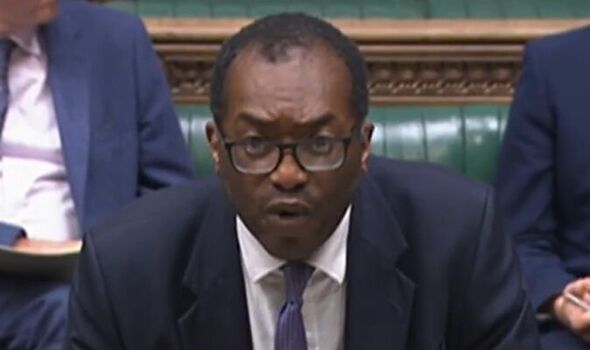 Kwasi Kwarteng has been warned against planning more radical economic measures as Tory rebels plot to side with Labour to sink his proposals.

The Chancellor was cautioned in the House of Commons this afternoon that MPs would not vote for any policy proposals which were unpopular with the British public.

It comes after Mr Kwarteng’s mini-budget last month sparked outrage after he announced plans to scrap the 45p top rate of tax and end a cap on bankers’ bonuses.

The proposals were widely criticised by the British public and spooked the markets after the Treasury failed to publish independent growth forecasts at the same time.

Conservative backbenchers threatened to side with the Opposition in a vote on the measures if the Spelthorne MP did not U-turn.

The economic panic forced Mr Kwarteng to bring forward the publication of the Office of Budget Responsibility’s forecasts and his growth proposals from November 23 to October 31.

Chair of the Treasury select committee Mel Stride told the Chancellor that when he unveils his medium-term fiscal plans at the end of this month, he must be sure they have the support of Parliament.

He said: “I very much welcome the decision to bring forward the medium-term plan and the OBR forecast. He has listened and he is right.

“Any failure to do so will unsettle the markets.”

GOP offers $928B on infrastructure, funded with COVID aid – The Denver Post