Joe Biden has come under savage after being branded a “playground bully” over his “interference” on Brexit, with one expert urging Prime Minister Liz Truss to show “strength and resolve”. Last month during her trip to New York for the UN General Assembly, Ms Truss gave the biggest hint yet a UK-US trade deal could still be several years away, warning she isn’t expecting talks to start “in the short to medium term”.

Mr Biden and the Prime Minister met for the first time and prior to those talks, the White House had said he would tell her she must work with the European Union to find a negotiated outcome to solve post-Brexit tensions over the Northern Ireland Protocol.

The US President, vocally proud of his Irish heritage since taking the White House hot seat from Donald Trump, has repeatedly raised concerns about the impact of Brexit and the Protocol on the peace process in Northern Ireland.

Nancy Pelosi, Speaker of the US House of Representatives, has also continued to warn the UK against taking unilateral action to resolve the Northern Ireland trading arrangement row with Brussels.

But Nile Gardiner, a foreign policy expert and former aide to Margaret Thatcher, has launched a furious attack against Mr Biden in particular over what he claimed are continued interventions on Brexit. 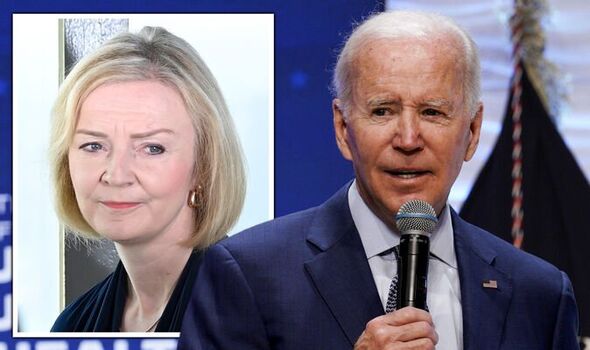 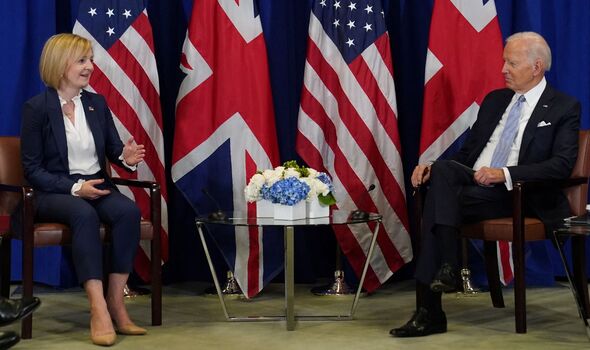 He told Express.co.uk: “Biden is behaving like a playground bully over the Protocol matter and Truss needs to stand up to him.

“There is nothing to be gained from concessions to bullies. The only message bullies understand is strength and resolve.

“Biden thinks he can push Britain around but he cannot be allowed to get away with it. Truss has to strongly defend British national interest and tell Biden to respect Britain and its position over the Protocol.”

Mr Gardiner went on to attack the “interference” from Mr Biden and Ms Pelosi on Brexit and specifically the Protocol, fuming it is “absolutely outrageous”. 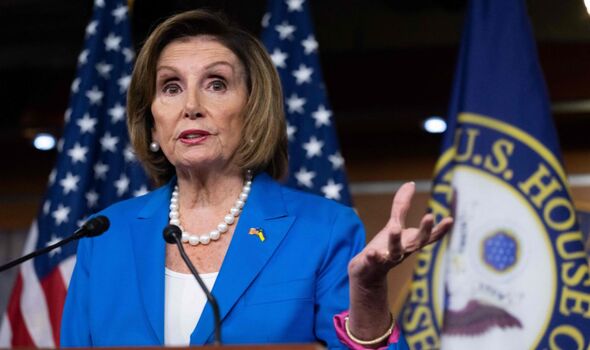 The foreign policy expert continued: “It’s time for the British Government to stand up to Biden and tell him to mind his own business.

“Liz Truss needs to be very assertive on this issue and she has to confront the Biden presidency over the Protocol to warn him to back off. This is an issue of fundamental British national interest and it is none of Biden’s business.

“He has absolutely no say over British policy in the US, and Truss needs to tell Biden and Pelosi to stop threatening Britain.”

Ms Truss and Mr Biden met last month in New York, with both insisting they want to ensure the Good Friday Agreement is protected as they looked to ease tensions over Britain’s position on the Protocol. 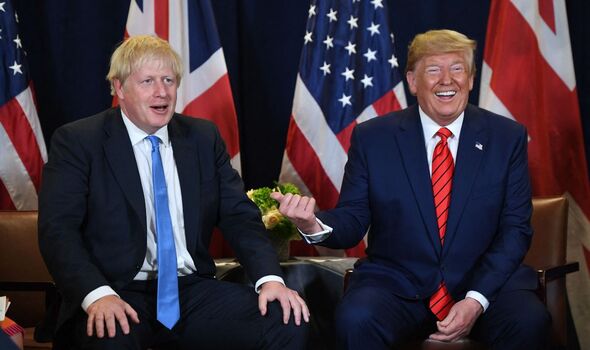 The US President told the Prime Minister ahead of their talks: “We both are committed to protecting the Good Friday Agreement in Northern Ireland.

“I’m looking forward to hearing what’s on your mind and how we can continue to cooperate.”

Ms Truss told Mr Biden: “And of course, I’m looking forward to discussing the Belfast Good Friday Agreement, and how we make sure that’s upheld into the future.” 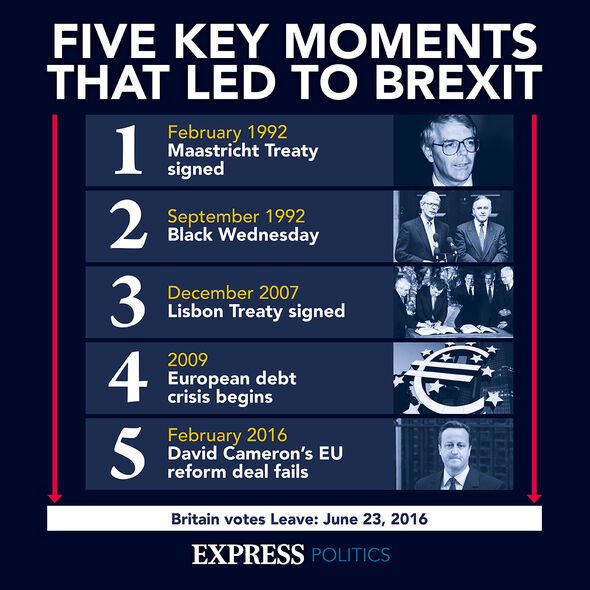 During that same week, Ms Pelosi landed in Ireland to hold talks with US Ambassador Claire Cronin, where the controversial Northern Ireland Protocol was a hot topic of discussion.

Ms Cronin said she had spoken about “the importance of the UK and EU reaching a negotiated solution on the Northern Ireland Protocol” with the Speaker of the US House of Representatives.

The US Ambassador added: “A resolution would be a net win for the region’s economy and political stability in the long-term – for all its communities.”

Underdog Tugendhat new favourite with the public after TV debate