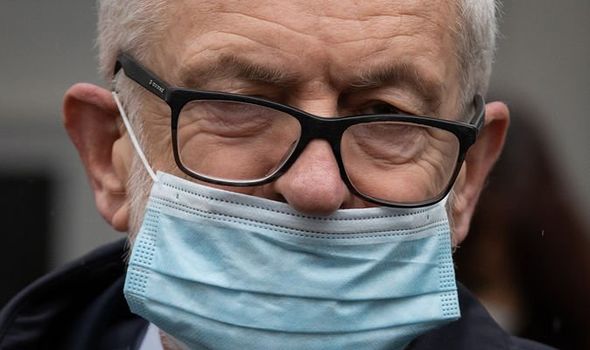 The Court of Appeal has turfed out the former Labour leader’s case.

Mr Millett had successfully won a preliminary case against Mr Corbyn after the MP claimed the blogger was “disruptive and abusive” at a 2013 meeting featuring a Palestinian speaker.

Mr Corbyn’s comments were made when the then-Labour leader faced intense scrutiny over accusations of anti-Semitism.

Appearing on the BBC’s Andrew Marr Show in September 2018, the Islington North MP was asked about comments he made in 2013 before taking on the top role when he claimed some British Zionists “can’t understand English irony”.

Defending the remarks, Mr Corbyn told the BBC presenter he did not mean for his comments to be anti-Semitic.

He said: “Well, I was at a meeting in the House of Commons and the two people I referred to had been incredibly disruptive, indeed the police wanted to throw them out of the meeting. I didn’t.

“I said they should remain in the meeting.

“They had been disruptive at a number of meetings.”

Mr Corbyn did not refer to Mr Millet by name, but a High Court judge ruled the statements could be held as defamatory as they could be identified as referring to the pro-Israel activist and that the case should continue to a full trial.

Following the rejection of the ex-Labour leader’s appeal, the case will now go to a full trial.