Gareth Southgate’s side was lined up and ready for kick-off in their international friendly with Austria at Middlesbrough’s Riverside Stadium when the referee blew his whistle and all 22 players on the pitch took the knee.

The gesture, which has become a common sight throughout football as a collective message of support for social change, was met by boos of opposition from a significantly loud number of the England fans before the rest of the fans in attendance applauded loudly to show their support.

And now, Paul Mason, author of How To Stop Fascism: History, Ideology, Resistance, has launched a furious attack following the incident.

He tweeted: “The equation of BLM with Marxism – let’s call it what it is: a fascist trope, drawn logically from the Great Replacement Theory.

“Marxists support BLM but so do many social-democrats, liberals and, obviously, football players.” 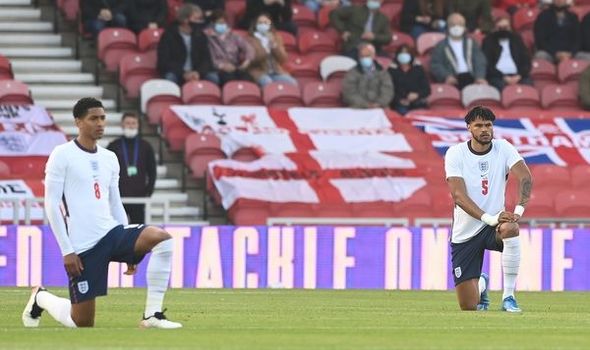 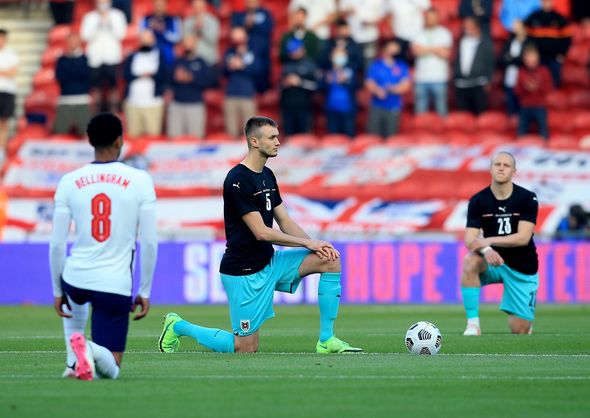 Mr Mason later added: “For us, the labour movement is a line drawn through the working class, just as a picket line is.

“On one side stand people committed to solidarity, tolerance and the future; on the other, the scabs, racists and nostalgics.

“This is why liberal media types continually ask the Labour left to ‘stop saying racist people are racist’.

“They believe consciousness can never change. 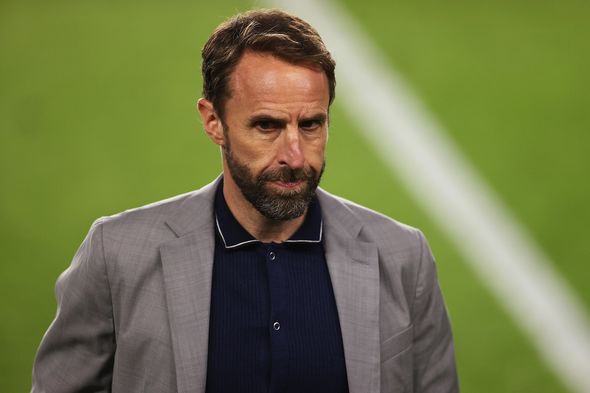 “They also have no material explanation of where the racism comes from.”

He ended his lengthy Twitter threat by saying we should be “proud of England’s footballers” and “tell racists to f**k off”.

After the footballers were booed, broadcaster Max Rushden was among those dissenting voices on social media.

He tweeted with the #KickItOut hashtag as he praised those whose applause eventually drowned out the boos.

“The fact even one person boos taking the knee is reason to keep doing it,” he posted.

“Pleased with those at the Riverside whose applause drowned out the others. But still. #KickItOut.”

Following the game on Wednesday evening, England manager Gareth Southgate condemned the fans who had booed the players taking the knee before kick-off.

He said: “It’s not something on behalf of our black players I wanted to hear because it feels as though it’s a criticism of them. 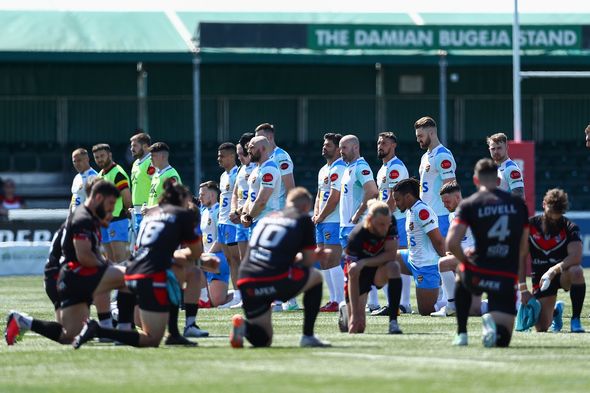 “I think we have got a situation where some people seem to think it’s a political stand that they don’t agree with.

“That’s not the reason the players are doing it.

“We’re supporting each other.

“I was pleased that was drowned out by the majority of the crowd.”