Home » Politics » In his remarks, Biden is expected to highlight an effort to ship vaccines abroad. 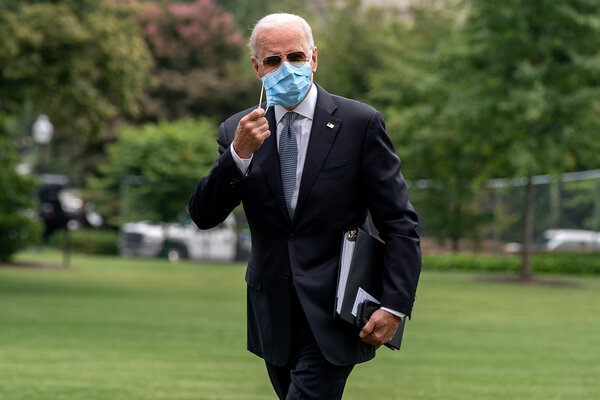 President Biden is expected to announce during a speech at the White House on Tuesday that the United States has donated more than 110 million vaccine doses globally, a down payment on a pledge he made to send a half a billion doses of vaccine to poorer countries over the next year.

Mr. Biden, who for months was under pressure to share doses of the vaccine, is now seeking to position his administration as a global leader in inoculating the rest of the world amid the spread of highly contagious variants of the virus. But he also is under pressure to redirect the American public’s focus after days of policy whiplash, shifting directives on mask usage, and roiling debates about requiring workers to receive the vaccine.

Mr. Biden’s speech, planned for 3:45 p.m. Eastern time, is expected to reflect what his top advisers have been saying, with varying degrees of success, for days: that the people who get sickest from the Delta variant are unvaccinated, and that his administration is working to make vaccines available to every person who needs one. Fully vaccinated people are protected against the worst outcomes of Covid-19 caused by the Delta variant.

“This remains a pandemic of the unvaccinated,” Dr. Rochelle Walensky, the director of the Centers for Disease Control and Prevention, told reporters on Monday afternoon. “While vaccinated people can spread the virus if they get a breakthrough infection, the odds of them getting sick in the first place are far lower than those who are unvaccinated.”

An official who was familiar with Mr. Biden’s remarks but was not authorized to share them publicly also said that the president would discuss initiatives in the private sector to require vaccines for workers, and share that the officials are seeing an uptick in vaccinations in areas with high case rates.