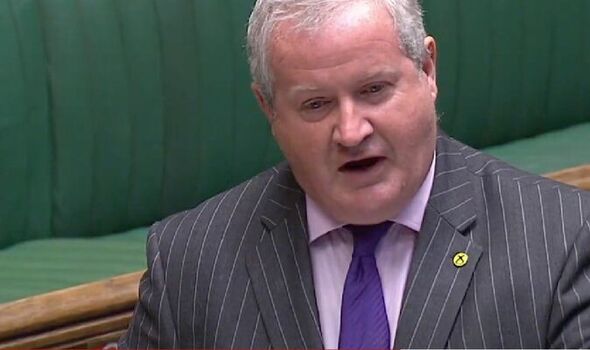 The MP for Ross, Skye and Lochaber has served as the leader of the party since 2017, when his predecessor unexpectedly lost his seat in the snap general election.

But with tensions growing inside the Scottish independence movement over the timetable to push for a fresh vote on the future of the UK, claims have emerged he is ready to step down.

Mr Blackford admitted in an interview earlier this week that the priority for Scotland right now must be the war in Ukraine, as he appeared to endorse putting Nicola Sturgeon’s plans for a second referendum by the end of next year on hold.

“We have got to be respectful of the situation that we are in,” he said in comments that will not please all supporters of the SNP.

He added: “To those that are expressing a desire for us to get on with our job, of course, we will do so, but we have to be mindful of where we are.”

News website Politico reports four officials have told them of Mr Blackford’s desire to move on from his current role.

One said there was a lack of leadership coming from the party’s chief in Westminster, with his performance failing to inspire MPs.

But another suggested the veteran independence campaigner had become fed up with the pressures of the job.

They told the news outlet he “can’t be f****d” with the workload and requirement for so much travelling to and from his remote constituency in the Scottish highlands.