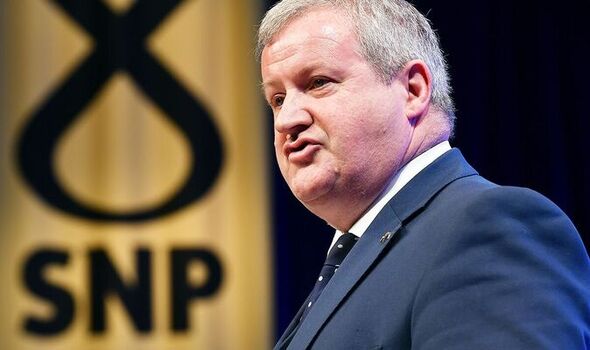 Ian Blackford is stepping down from his role as SNP leader at Westminster, he has announced.

In a statement released on Thursday, Mr Blackford said he told MP colleagues he would not continue in the role he has held for five years. In the run up to the next general election, that the SNP plans to run as a de facto referendum, Mr Blackford said “right now is the time for fresh leadership”.

“During my time as leader, the SNP won a landslide victory in the 2019 general election, with an increased share of the vote and MPs, and support for independence has continued to grow with polling this week showing a majority in favour,” he said.

“While I am stepping down as Westminster leader, I will continue in my role as the MP for Ross, Skye and Lochaber, and I have also accepted a new role at the centre of the SNP’s independence campaign, leading on business engagement.

“I would like to thank our MPs and staff for all their support over the past five years.

“Whoever replaces me as Westminster leader will have my full support as, together, we stand up for Scotland’s interests and democratic right to choose our future in an independence referendum.”

Just last week, Mr Blackford told the Scotsman he “looked forward” to putting himself forward for re-election as the party’s Westminster leader, adding that he hoped to be “the MP which leads the SNP group out of Westminster for the last time”.

The decision also comes in the week after fellow SNP MP Stephen Flynn knocked down reports he was seeking to challenge Mr Blackford for the top job.

Pelosi positive for COVID-19, was at White House with Biden The Denver Post