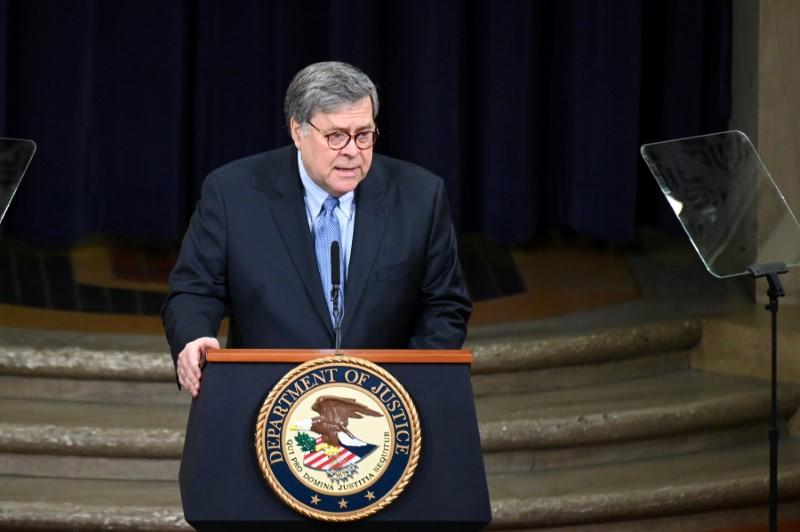 (Reuters) – The Democrat who chairs the U.S. House of Representatives Judiciary committee said on Tuesday he will introduce legislation this week to cut $50 million in funding from Attorney General William Barr’s personal office.

New York Representative Jerrold Nadler said he would move to reduce funding for Barr’s personal office as a response to what he called “continued defiance of Congress and improper politicization of the Department of Justice.”

Nadler said he was making this move and others in the wake of Barr’s refusal to appear before his committee.

Passing such a cut would require approval of both the Democratic-controlled House and the Republican-controlled Senate.

“We do not take these actions lightly or with any sense of joy. We have both a duty and a moral obligation to protect the rule of law in our country, and we intend to do just that,” Nadler said.

He complained that although Barr “could not find the time to testify” before his committee because of the coronavirus pandemic, the attorney general “took the time to tour the peaceful protests at Lafayette Park just minutes before riot police fired tear gas into the crowd.”

A Justice Department spokesman said the Department informed the committee it would consider scheduling a committee appearance by Barr after the expiration at the end of June of current guidance requiring White House approval for such testimony. He added the Department also might be willing to discuss possible testimony by Barr’s deputy at a “a mutually agreeable date.”

Conor Lamb, House Moderate, on Biden’s Win, ‘the Squad’ and the Future of the Democratic Party