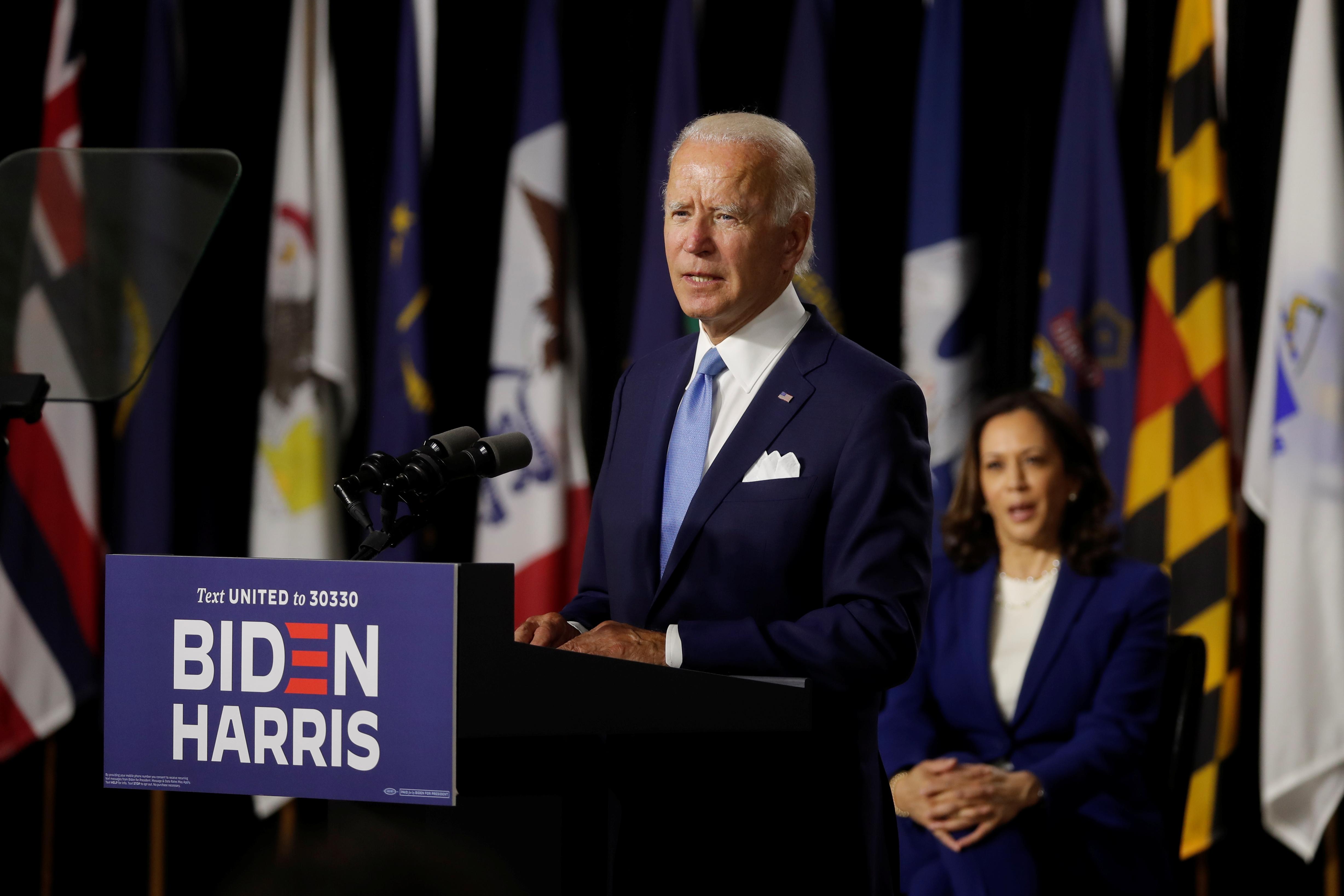 The day after Biden tapped her to join his campaign, Harris and Biden shared memories of their family connections and their agenda for the White House.

Harris, a U.S. senator from California, quickly leaped to the attack on Trump, saying he had endangered Americans by not taking the pandemic seriously, plunging the United States into an economic crisis even as it wrestles with racial and social injustice.

“America is crying out for leadership, yet we have a president who cares more about himself than the people who elected him, a president who is making every challenge we face even more difficult to solve,” Harris said.

Biden, in introducing her, said he made “the right choice” of Harris to join his campaign.

“I have no doubt that I picked the right person to join me as the next vice president of the United States of America, and that is Senator Kamala Harris,” Biden said in introducing Harris, who sat behind him on stage to watch Biden’s speech.

“She’s ready to do this job on day one. We’re both ready to get to work rebuilding this nation,” he said.

The joint appearance came just days before Biden will formally accept the Democratic presidential nomination at next week’s party convention, which will take place largely as a virtual event because of the coronavirus pandemic.

The Republican convention, where Trump is set to be nominated to seek a second four-year term, follows a week later and kicks off a 10-week sprint to the Nov. 3 election.

Harris, 55, was announced as Biden’s choice on Tuesday after a selection process that drew extra scrutiny thanks to Biden’s age. The 77-year-old former vice president would be the oldest president ever if he wins, raising speculation that he would not seek re-election in 2024.

Harris, the first Black woman and the first Asian American to appear on a major-party U.S. presidential ticket, is the daughter of immigrants, her mother from India and her father from Jamaica.

Wednesday’s event in Biden’s East Coast hometown took place on the third anniversary of the “Unite the Right” rally in Charlottesville, Virginia, where violent clashes erupted as white supremacists and neo-Nazis descended on the town.

Biden said Trump’s comment after the clashes that there were “very fine people on both sides” – which drew widespread criticism – convinced him to run for president.

In recent months, as unrest has convulsed many U.S. cities following the May police killing of George Floyd, a Black man, in Minneapolis, Harris has become a prominent voice calling for change. She has marched alongside protesters and pushed legislation to reform policing practices. 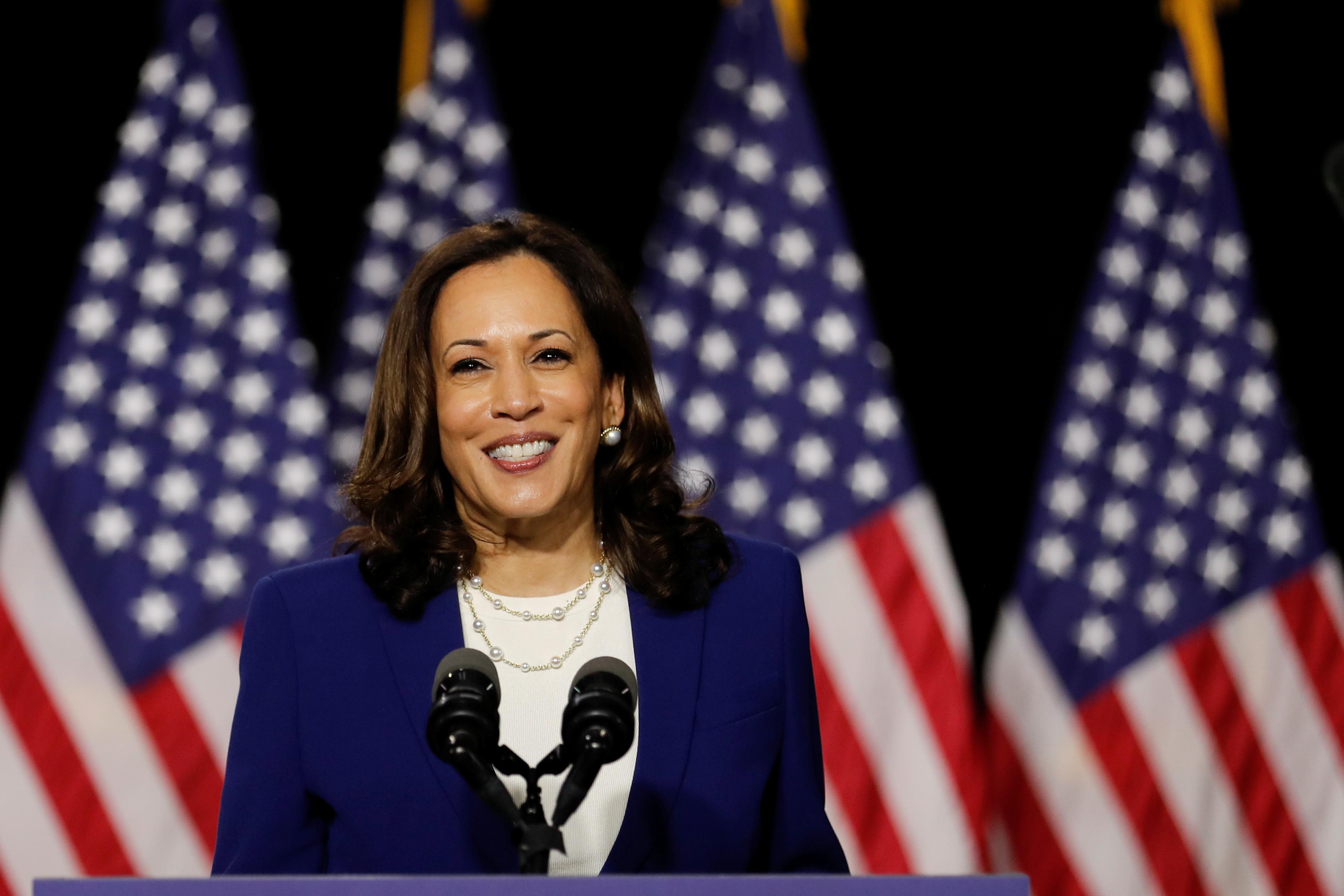 A crowd of about 75 people gathered outside in a light rain before the event to get a glimpse of Biden and Harris, holding signs and snapping pictures. Most were supporters and some chanted Harris’ name, although some were Biden opponents.

In choosing Harris, Biden selected a former rival for the nomination whose most memorable campaign moment came during a televised debate when she criticized his past position on using busing to integrate schools.

But Harris was regarded as a relatively safe choice. She is a more dynamic campaigner than Biden and will be relied upon to help energize Black voters, who represent a crucial constituency for Biden in election battleground states.