Home » Politics » Half of voters say it’s time to move on from Partygate, survey finds 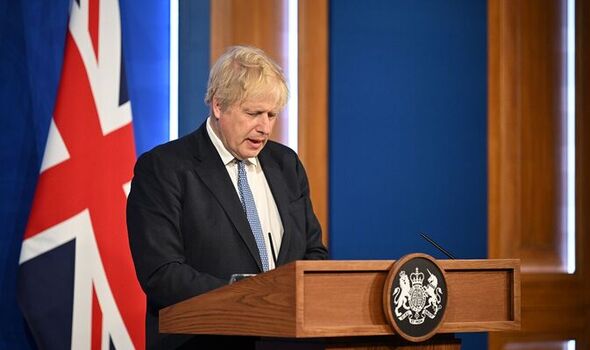 In a major boost for Boris Johnson, the OnePoll survey found many believe he should not resign. And in a sign that many are fed up with the saga, some 47 percent think that it’s now time to move on.

A further seven percent said that even though the Government hasn’t done what it needs to apologise, “we should put it behind us anyway”.

But some 43 percent said Mr Johnson should step down despite his apologies. Another nine percent said they were “not sure”.

The findings will come as a huge boost to the PM following months of investigations over what happened behind the door of No 10 during lockdown.

The PM avoided much of the criticism in the long-awaited Sue Gray report.

On Friday Mr Johnson batted away Partygate questions by saying he has already given “vintage and exhaustive answers”.

But he came under fresh fire after Tory MP Paul Holmes resigned as parliamentary private secretary to Home Secretary Priti Patel, saying he was “shocked and angered” by the revelations in the Sue Gray report.

He blasted the “deep mistrust” created by the breaking of Covid rules, after four Conservative MPs added their voices to demands for Mr Johnson’s resignation.

He said: “It is distressing to me that this work on your behalf has been tarnished by the toxic culture that seemed to have permeated Number 10,” he wrote on his website.

Former minister Stephen Hammond said he “cannot and will not defend the indefensible” and indicated he had sent a letter of no confidence to the Tory 1922 Committee.

Sir Bob Neill, who chairs the Commons Justice Committee, said he had waited to read the senior civil servant’s full report into No10 lockdown parties before making up his mind but said he found the Prime Minister’s explanations for his behaviour lacked credibility.