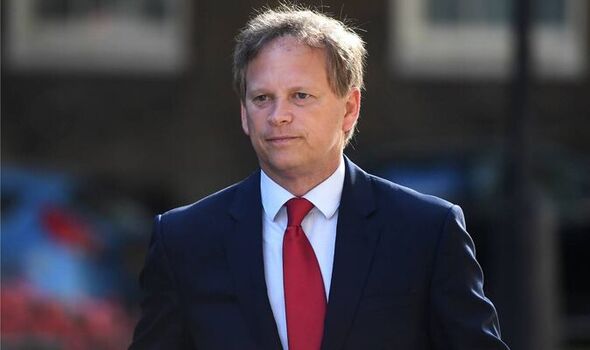 Action over pay and conditions could lead to the “biggest rail strike in modern history” with walkouts as soon as next month.

Transport Secretary Grant Shapps warned that the Government is ready to draw up laws that would make any industrial action illegal if minimum staffing levels were not met.

He accused unions of treating strikes as a first, rather than a last, resort at a time when railways are already on “financial life support” following the pandemic.

Mr Shapps said the Conservative manifesto included a pledge to “require that a minimum service operates during transport strikes”.

He added: “If they really got to that point, minimum service levels would be a way to work towards protecting those freight routes and those sorts of things.

“We very much hope they will wake up and smell the coffee.”

More than 40,000 members of the Rail, Maritime and Transport union at Network Rail and train operators have been voting on a campaign of industrial action.

Mick Lynch, RMT’s general secretary, said: “Any attempt by Grant Shapps to make effective strike action illegal will be met with the fiercest resistance from RMT and the wider trade union movement.”

General secretary Manuel Cortes said: “What we are seeing here is desperate nonsense from the Tories, who have chosen to attack working people in our union who kept the railways running every day of the pandemic.

“What the Government should be doing is putting in place measures to deal with the cost-of-living crisis.”

Education Secretary Nadhim Zahawi plans to loosen the grip of unions on schools by boosting the rights of teachers who do not wish to join one.

He wants to give teachers the right to be accompanied to grievance and disciplinary meetings by representatives other than trade unionists.

TUC general secretary Frances O’Grady said: “Ministers have failed to deal with the cost of living. Now they are trying to distract from their failure by picking a fight with unions.

“We will fight these unfair and unworkable proposals to undermine the right to strike, and we will win.”

Govt will do whatever it takes to help Singaporeans through Covid-19 outbreak: PM Lee