The Prime Minister said the death was a “huge shock to the nation and to the world” and marked “the passing of the second Elizabethan age”. But she said the country now ushers in a new era “exactly as Her Majesty would have wished” with the words “God save the King”.

“Today the Crown passes, as it has done for more than a thousand years, to our new monarch, our new head of state, his majesty King Charles III,” Ms Truss said.

It was just two days earlier that the 96-year-old monarch had invited Ms Truss to form a new government during an audience at Balmoral.

The Prime Minister said it showed how the Queen had remained “determined” to carry out her duties.

In a moving statement in Downing Street, Ms Truss spoke of the dignity and grace shown by the Queen in 70 years of service.

She said: “We are all devastated by the news we have just heard from Balmoral.

“The death of Her Majesty the Queen is a huge shock to the nation and to the world.

“Queen Elizabeth II was the rock on which modern Britain was built.

“Our country has grown and flourished under her reign.

“Britain is the great country it is today because of her.

“She ascended the throne just after the Second World War. 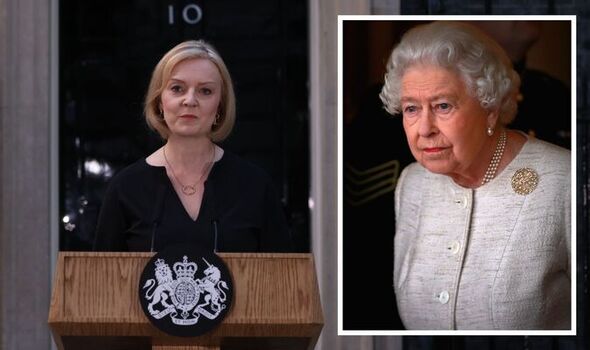 “She championed the development of the Commonwealth – from a small group of seven countries to a family of 56 nations spanning every continent of the world.

“We are now a modern, thriving, dynamic nation.

“Through thick and thin, Queen Elizabeth II provided us with the stability and the strength that we needed.

“She was the very spirit of Great Britain – and that spirit will endure.

“She has been our longest-ever reigning monarch.

“It is an extraordinary achievement to have presided with such dignity and grace for 70 years.

“Her life of service stretched beyond most of our living memories.

“In return, she was loved and admired by the people in the United Kingdom and all around the world.

“She has been a personal inspiration to me and to many Britons. Her devotion to duty is an example to us all.

“Earlier this week, at 96, she remained determined to carry out her duties as she appointed me as her 15th Prime Minister.

“Throughout her life she has visited more than 100 countries and she has touched the lives of millions around the world.” 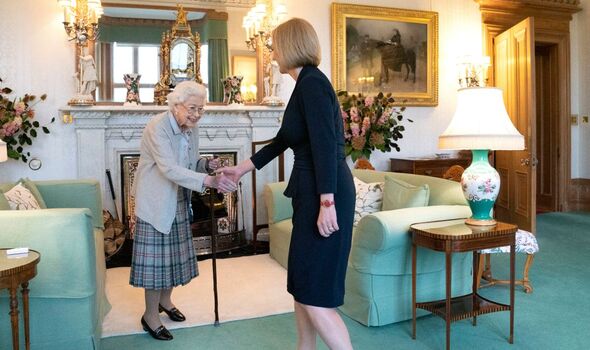 Ms Truss was given an audience with the Queen on Tuesday when she was invited to form a new government.

But by Wednesday, the monarch was unable to go ahead with an online meeting of the Privy Council as she was feeling unwell.

Ms Truss was told of the Queen’s deteriorating health in the middle of a Commons debate.

The Prime Minister was left stunned but kept her composure after being passed a note with the latest update from the Palace.

Sir Lindsay interrupted the debate on energy bills to send best wishes to the Queen on behalf of the House as an official statement was issued publicly.

After the news was confirmed last night, he said: “For all of us, the Queen has been a constant presence in our lives – as familiar as a member of the family, yet one who has exercised a calm and steadying influence over our country.

“Most of us have never known a time when she was not there. Her death is not only a tragedy for the Royal family, but a terrible loss for us all.”

Former Prime Ministers, who got to know the Queen through their weekly audiences discussing the latest political developments, told of her selfless public duty and generosity of spirit.

Boris Johnson said the Queen had “modernised the constitutional monarchy” and “produced an heir to the throne who will amply do justice to her legacy”.

“Though our voices may still be choked with sadness, we can say with confidence the words not heard in this country for more than seven decades: God save the King.”

Theresa May said it was the honour of her life to serve the Queen, who “was our constant throughout this entire Elizabethan era”.

“Her Majesty devoted herself unreservedly to a life of service. She was respected and admired not only by her own people but far beyond our family of nations,” Ms May said in a statement.

“It was the honour of my life to serve her as Prime Minister. But we should never forget that our Queen was a mother, grandmother and great-grandmother. Our thoughts and prayers now are with her family.”

David Cameron said “there are no words that can adequately express the sense of loss our nation will feel” after the Queen’s death.

He said the Queen had been “a rock of strength for our nation and the Commonwealth”.

“There can simply be no finer example of dignified public duty and unstinting service, and we all owe our sincere gratitude for her continued devotion, living every day by the pledge she made on her 21st birthday. Her dedication to our country has been incomparable and, as such, she leaves an enduring legacy.”

He added he was “very proud” to have served as the Queen’s twelfth prime minister, adding it was a “privilege” to call on her “sage advice and wise counsel”.

Sir John Major said: “In her public duties she was selfless and wise, with a wonderful generosity of spirit.  That is how she lived – and how she led.

“For millions of people – across the Commonwealth and the wider world – she embodied the heart and soul of our nation, and was admired and respected around the globe.

“At this moment of deep sadness, I believe we all stand hand in hand with the royal family as they grieve the loss of one so loved.

“For we have all lost someone very precious to us and, as we mourn, we should be grateful that we were blessed with such an example of duty and leadership for so very many years.” 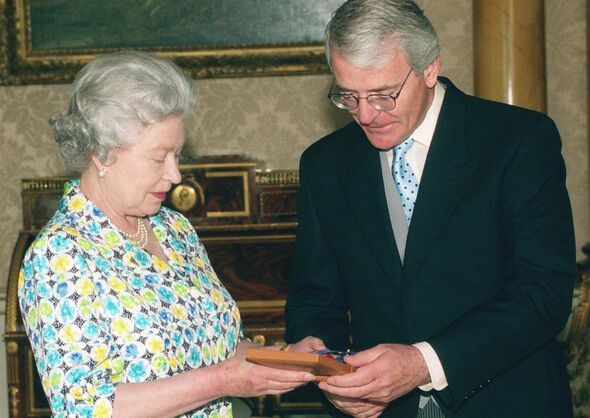 Sir Tony Blair said: “She was not only respected but loved. Respected because of the qualities of duty, decency, integrity and fidelity which she embodied. And loved because of the love and affection she bestowed on us.”

He said the Queen had been on “sparkling form” when he last saw her a few months ago.

“She was not only respected but loved,” he said. “Respected because of the qualities of duty, decency, integrity and fidelity which she embodied. And loved because of the love and affection she bestowed on us.

“And far beyond our shores for countless people in lands of every continent, in cities towns and even remote villages Queen Elizabeth was known and held in the highest regard.”

Ex-Labour PM Gordon Brown said: “The United Kingdom, the Commonwealth, and the entire world are joined together in mourning this evening. HM Queen Elizabeth II served this country to the last. I offer my sincere condolences to the Royal Family. May she rest in peace.”

Sir Keir Starmer paid tribute to the Queen as “a symbol of the best of us”.

GOP lawmakers urge Biden to meet with them on virus relief

No friends of ours! Britons furious as Biden takes swipe at UK special relationship

Barry Soper: Theres an air of permanency at Parliament grounds