With some MPs apparently already talking about forcing Ms Truss out of Number 10 and appointing a new Prime Minister, Mr Hunt said: “I didn’t vote for her myself. But she won the election fair and square and we have to give her time.” 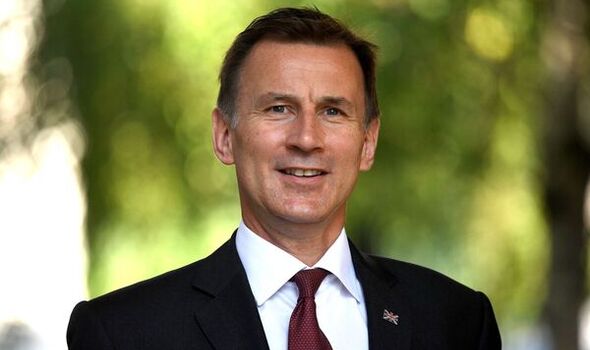 However, he suggested Ms Truss’s fate depended on a financial statement to be delivered by Chancellor Kwasi Kwarteng later this year, when the Government will explain how it plans to pay for tax cuts announced in the mini-budget.

Mr Hunt, a former Health Secretary, told GB News: “I think that you know in a couple of months time the markets will have settled down. We will have shown the country as Conservatives how we’re going to balance the books because you have to do that.

“We’ll have seen the rest of her economic package, and I’m sure she and Kwasi will have a very substantial one. Then I think that’s the time to make a judgment.

“It obviously was a very wobbly week. But we have to let things settle down. And that will be the time to make judgments.”

Mr Hunt stood against Ms Truss in this year’s Conservative leadership election but was eliminated in the first round. His plea for calm is particularly significant because he was the favoured candidate of the centre-ground “one nation” wing of the party while Ms Truss is seen as on the libertarian right.

Marco Longhi, MP for highly marginal Dudley North, urged Tory MPs to hold their nerve and get behind the Prime Minister, saying: “United we win and divided we fall.”

He said: “The Government has put in place measures that out-do any major nation that I can think of to support its people. I’m confident we’re going to be able to come through this well.”

He said: “Times are hard for everybody as the cost of energy and food is rising. That’s why it was important that the Prime Minister took decisive action to tackle inflation.

“The energy price cap and the energy bills support scheme are massive interventions designed to protect households and businesses, and I’m backing the PM to get the job done.”

Government sources stressed there would be no U-turn on measures set out in the mini-budget or the plan to limit average energy bills to £2,500. A source said action to tackle the energy crisis was “by far the biggest part of the fiscal package. We had to act on a huge scale, and make no apologies for that.

“The global challenges we face underline the need for a new pro-growth, pro-investment and low-tax approach to the economy.”

Some Conservatives admit privately that colleagues are discussing whether they should attempt to remove Ms Truss.

Oliver Dowden: I have every confidence that Boris will lead us into the next election