The ban is due to be debated virtually by leaders of the 27 EU member states on Thursday. Boris Johnson is expected to speak to his EU counterparts this week in a bid to halt the restriction.

The European Commission president Ms von der Leyen said the bloc can “forbid” vaccines made on the continent from being exported to the UK.

Speaking to BBC Newsnight on Monday evening, German MEP Anna Cavazzini said: “I have to say I understand the European Commission, where this idea of an export ban comes from.

“Because if you look at the sheer numbers we have a little bit of a problem with the unfair distribution.”

However, she did admit that an export ban “is not the solution” to the EU’s problems. 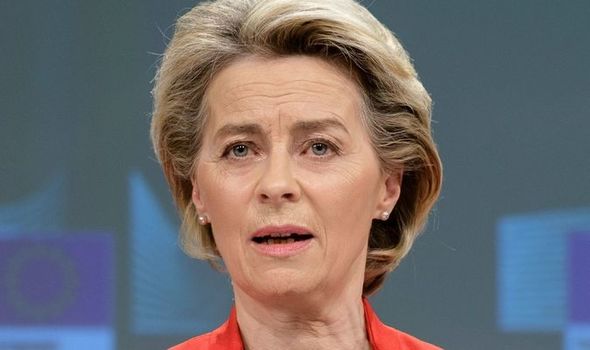 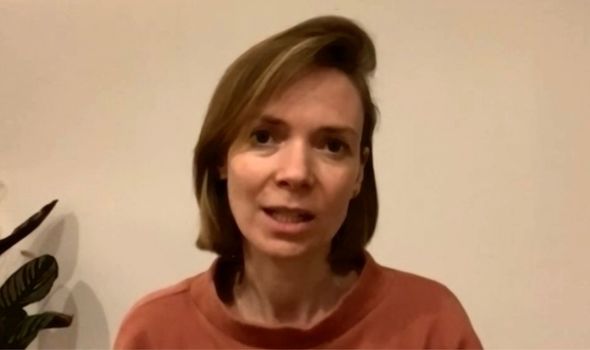 Ms Cavazzini added: “There will be a domino effect. There will be other countries following suit so I have the feeling the road of an export ban is a very dangerous one.

“Nevertheless, we need to solve the problems that are there on the table right now.”

BBC Newsnight presenter Emily Maitlis asked the German MEP what her message would be to the European Commission president.

Ms Cavazzini responded: “My first message would probably go to Boris Johnson because I really have the feeling that the UK Government also needs to do its part in order to prevent this export ban – to use its influence on AstraZeneca to have a better, fairer distribution of the vaccines across the European continent. 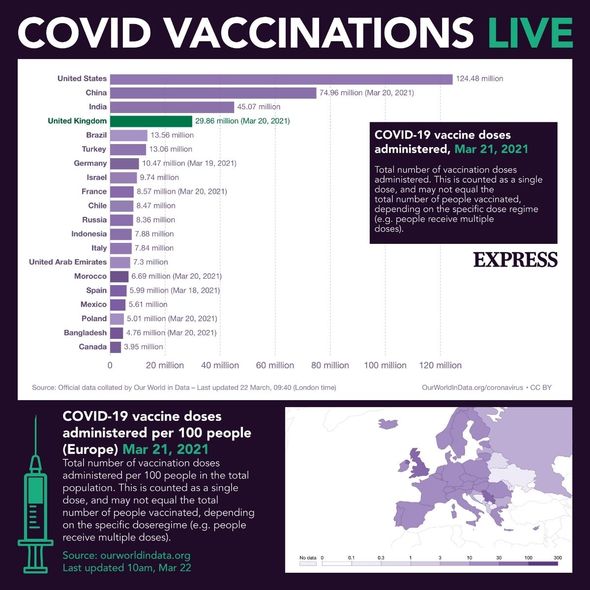 “And I think if Boris Johnson does his homework then I think my message to Ursula von der Leyen would be ‘don’t start the export ban because it is a dangerous road’.”

Less than 12 percent of the bloc’s population is reported to have received a COVID-19 jab.

Whereas in the UK nearly 40 percent have been inoculated.

According to a report by the data analytics company Airfinity for the Guardian, an export ban would not give the EU a significant boost to its slow vaccine rollout.

But the ban would pose a “significant risk” for the UK and could delay the nation’s vaccine programme by two-months.