A protest has erupted in Manchester, with thousands marching to demand the Government take action against the ongoing cost of living crisis. The demonstration is run by the campaign group ‘Enough is Enough’. The group has organised rallies in fifty different towns and cities across the country today.

The rally in Manchester began at 12pm today. Jenny Smith, who works for a charity tackling homelessness, Loaves and Fishes, is at the protest today.

She told Express.co.uk that there are currently more than 100 people a day using their centre to get access to heating, but she warned that she expects these numbers to double over the coming weeks.

A teacher who attended the protest today told Express.co.uk that she has “seen parents crying who can’t feed their children”.

She also said she has seen children going into school with empty lunchboxes as their parents can’t afford food. 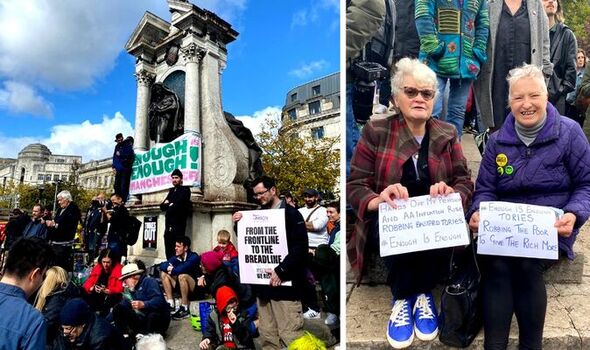 Meanwhile, 16-year-old Luca Black, an A-level student from Altrincham, said lots of his friends have had to help pay their parents’ bills, rent and buy food with money from their part times jobs, some as young as 14.

As well as worrying about his own future, he told Express.co.uk that he has seen his parents struggle and worries about how they can afford bills.

He said “I see my parents struggling and have stresses over this and my dad has brought me up to fight for things like this.

“I’m only 16 but I decided to come here on my own today. It’s the first time I’ve been to anything like this but I just thought it’s time for everyone to fight.

“Some of my friends have had to pay for their food at home because their parents are struggling.

“They’re working part-time jobs and giving money to their parents to pay rent and buy food. Some of them are doing this at 14/15 years old.” 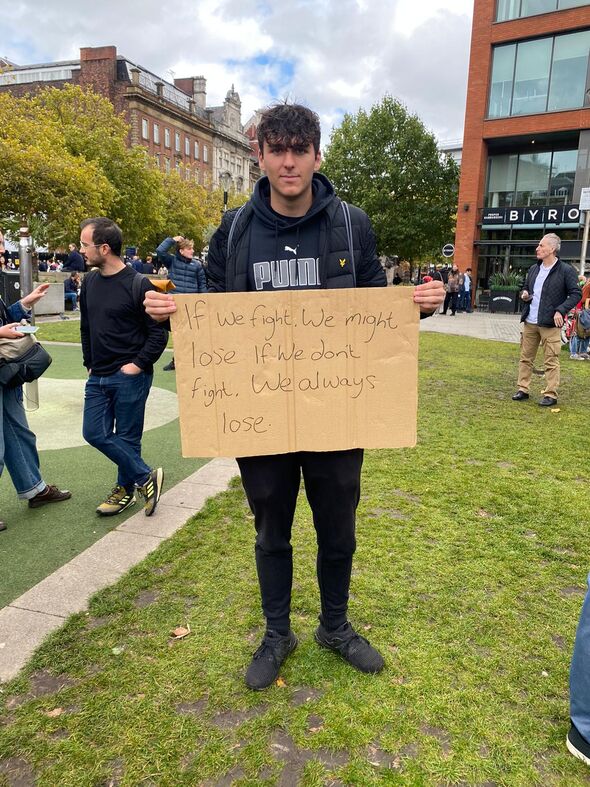 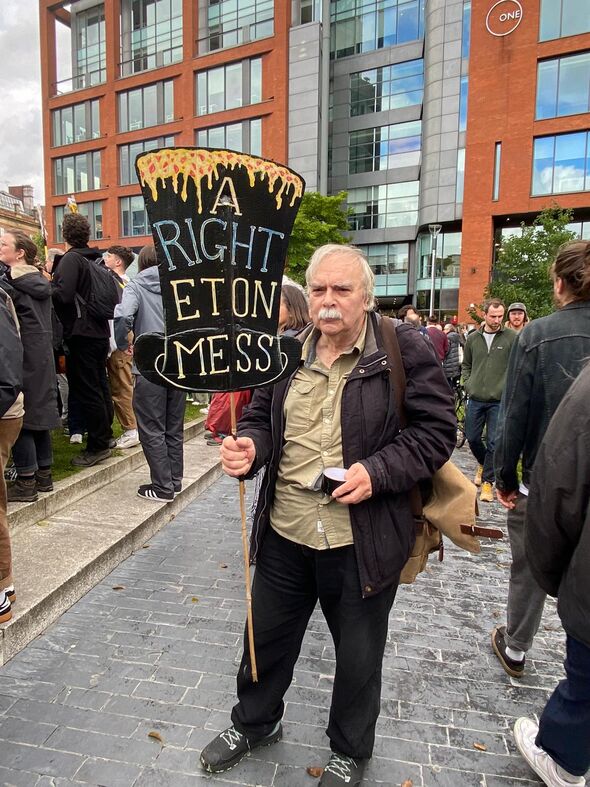 He added: “I have an older brother, he’s 27, and just moved out. I see how he’s struggling and I just think ‘I don’t want that for myself’.

A group of protesters were chanting “Never trust a Tory”.

One of those chanting was Beth, 25, a paralegal. She told the Express: “Liz truss has been left with all the problems caused by Johnson.

“But the country has got worse under her leadership. We need to get her out.” 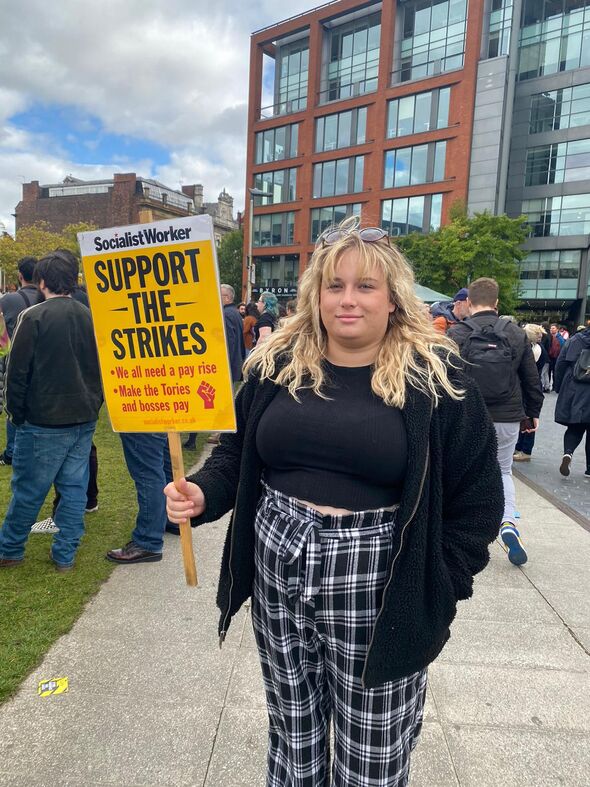 “No to handouts for the rich and hardship for the rest. This Saturday, October 1st, we’ll be protesting in 50 cities and towns across Britain.

“Main protests on listed graphic but dozens more on the website.”

Hundreds of protesters also took to the streets of Norwich, with demonstrators holding signs which read “solidarity with the strikers” and “freeze profits not people”.

The march joined up with The Communications Union and National Union of Rail, Maritime, and Transport Workers (RMT) before congregating outside Norwich Railway Station.

Speaking about the strike, Janice Richardson, the East branch secretary of the Communications Workers Union, said: “Today’s been a really good turnout – RMT is on strike and postal workers are on strike and people have come down to support us.”

Meanwhile, more than 10,000 people have gathered at King’s Cross in London in solidarity with striking rail workers.

Just 11 percent of rail services will run today as a result of a 24-hour walkout being staged by members of four trade unions.

The latest strike by members of RMT, Aslef, Unite and the Transport Salaried Staffs’ Association (TSSA) is expected to cause the worst rail disruption of the year so far.

Matt Hancock press conference: When will he give statement? Is he going to resign?