Officials from both sides outlined new plans on how to end the impasse, which still threatens to derail the trade and security talks between the UK and EU. Express.co.uk can reveal Michel Barnier, the bloc’s chief negotiator, will spend the weekend reviewing the latest offer by UK counterpart Lord Frost. But UK sources close to the talks have warned the gaps “remain as far apart as ever on the major issues”.

During a week of wrangling in London, negotiators analysed how they can merge two separate legal texts in the hope of reaching a fisheries agreement in the coming weeks.

During a private briefing, Mr Barnier tonight raised hopes of a Brexit deal in as little as ten days’ time after promising to work to the “last moment possible”.

He told MEPs the talks would miss the mid-November deadline ahead of what was seen as a crunch summit of European leaders.

The Frenchman conceded there were still “considerable differences” between the UK and EU to overcome before any Brexit deal is possible, a source said. 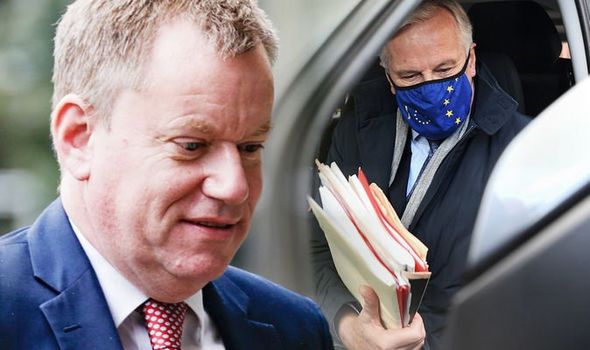 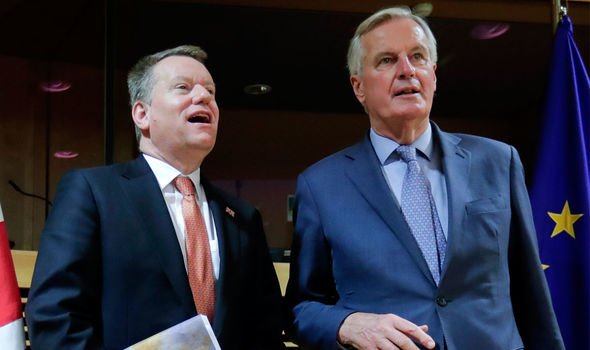 One Brussels insider said: “It is clear the negotiations are being dragged out by both sides until that very last moment.”

Mr Barnier was warned he would have until December 10 at the latest to secure a deal because of the European Parliament’s ratification process.

EU Parliament sources have also suggested MEPs will be forced to hold a special vote between Christmas and the New Year to ratify any potential trade deal.

But French Europe minister Clement Beaune put a further squeeze on the EU’s Brexit chief with a challenge to wrap up talks by the end of the month. 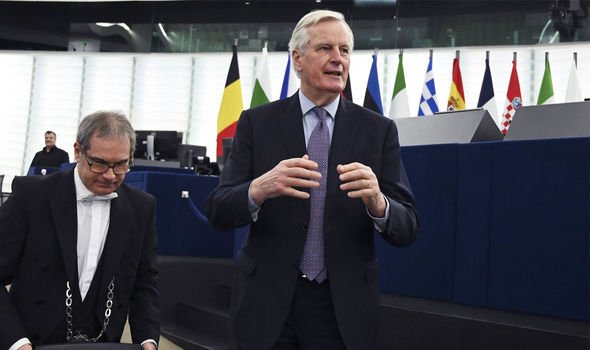 Mr Beaune said: “I think a deal is possible; both parties want one.

“If it happens after the end of November we will be in trouble.”

Mr Barnier will host another round of talks in Brussels next week in the hope of moving closer to an agreement.

Meanwhile British negotiators have lashed out at claims in Brussels that Dominic Cumming’s departure as Downing Street’s most senior adviser means the Government is set to cave on Brexit.

MUST READ: EU unmasked as Barnier saw City of London as ‘ripe for plundering’ 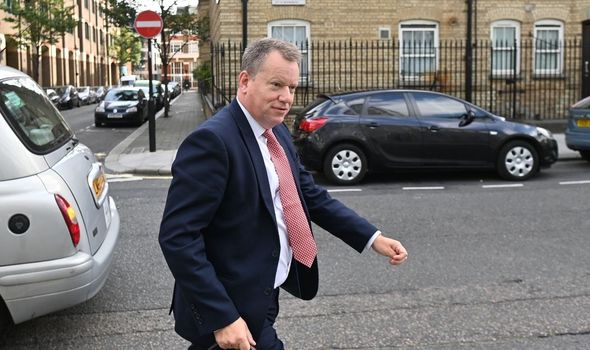 UK officials believe eurocrats are desperately scrambling for excuses now they are “starting to realise” the Prime Minister will not water down commitments to take back control of the country’s laws and fishing grounds.

One source said: “David and the team are completely focused on the negotiations.

“The PM has been clear that he wants a deal if there is one to be done. We’ve been negotiating constructively and with creativity.

“The reason the EU to say these sorts of things is that they are starting to realise that we meant it when we said there were fundamental principles from which we couldn’t move.

“We need to see some realism and creativity from their side if we are to bridge the significant gaps that remain.”

The furious rant came after senior Brussels officials claimed the changes in No10 was a sign Boris Johnson was ready to offer concessions on his pledge to take back control of the UK’s fishing grounds and laws.

The Prime Minister’s official spokesman said it was “simply false” that he is prepared to soften its position in the trade talks.

He said: “The Government position in relation to the future trade agreement negotiations is unchanged.

“We want to reach a deal but it has to fully respect the sovereignty of Britain.”

Crash as Boris Johnson’s convoy targeted by protester outside parliament