Millions of voters across the country will head to the polls on Thursday, May 6. The largest number of seats since 1973 are up for grabs after scheduled elections in 2020 were delayed due to the coronavirus pandemic. Coronavirus is expected to be a crucial issue to most voters, with Scottish independence, crime and healthcare being named as other key issues.

The last day of the election race has arrived and polling day is a matter of just a few hours away.

Political party leaders in England, Wales and Scotland are making their final push for votes ahead of Thursday’s vote.

Prime Minister Boris Johnson said the Conservatives were facing some “tough contests”, but he said the party was “fighting for every vote”.

The Labour Party leader Sir Keir Starmer said the party has a “mountain to climb” when it comes to winning back key battleground seats. 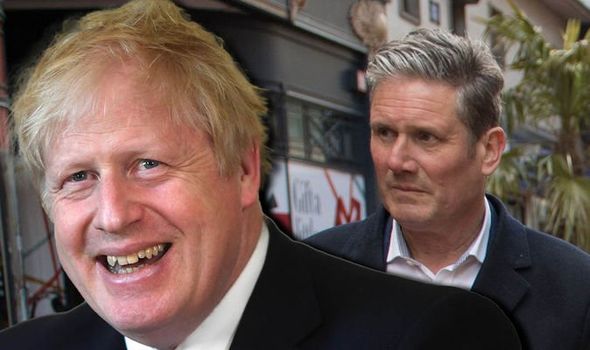 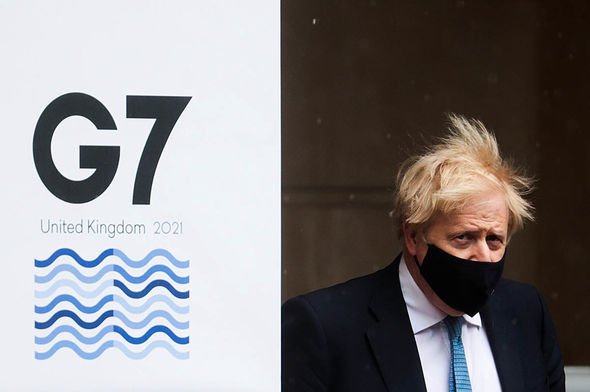 The most recent Scottish voting intention poll found a pro-independence majority is most likely after the results of May 6 are in.

Of 1,144 Scottish adults aged 16 and over, 52 percent would back the Scottish National Party in the constituency vote.

In this vote, this will see 20 percent back the Conservatives, 19 percent Labour, six percent Liberal Democrats, two percent the Green Party and one percent others. 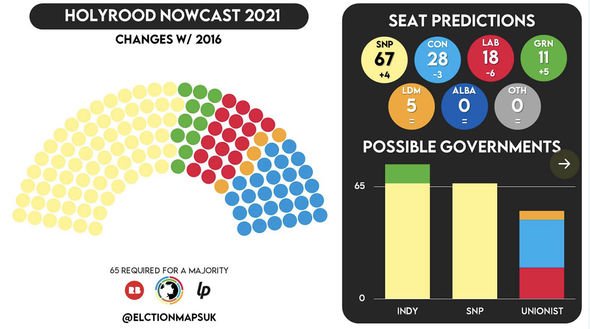 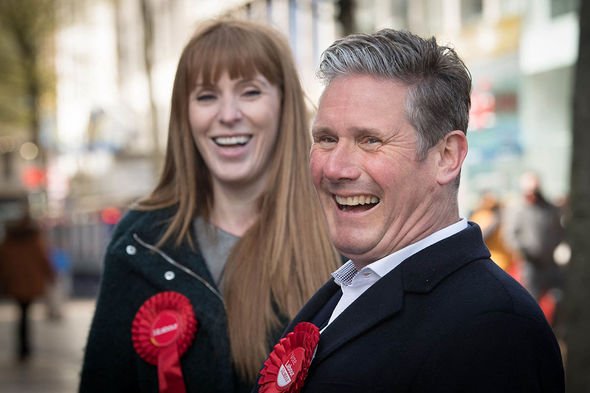 The latest poll for the London Mayoral race indicates the Labour candidate Sadiq Khan is likely to walk away as the winner.

According to a Panelbase poll conducted from May 4 to 5, the voting intention for Mr Khan is 40 percent, which is four percentage points lower than the 2016 result.

The poll found the Conservative contender Shaun Bailey won 29 percent of voting intention, which is six percentage points less than in 2016.

Comparatively the Liberal Democrat, Green and Reclaim UK candidates are predicted to benefit from Labour and Tory losses.

Luisa Porritt with the Liberal Democrats and Sian Berry with the Green Party each won eight percent of voter intention, which is a rise of three and two percentage points respectively. 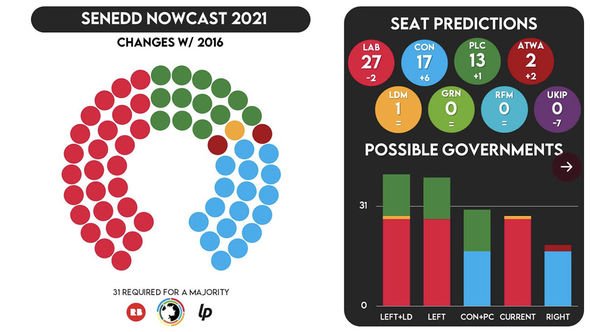 The most recent poll for the Senedd parliamentary election, conducted from May 2 to 4, found 36 percent of voters intend to back Labour, which is an increase of one percentage point from a poll published on April 21.

The Conservative Party came second with 29 percent, which is a rise of five percentage points.

Plaid Cymru and Reform UK came in third and fourth place respectively with 20 and four percent.

The remaining constituency voting intention are as follows:

Miller & Hedley: What does the End of Life Choice Act mean for New Zealand?