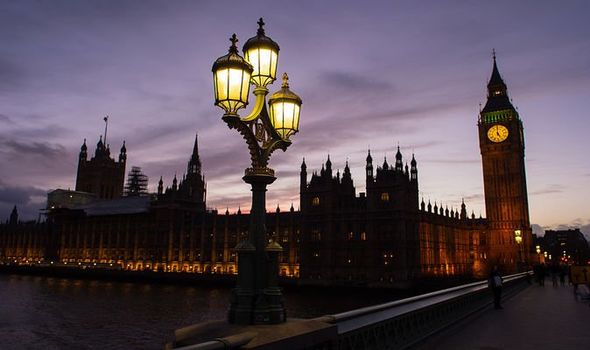 The corridors of Westminster are lined with screens showing the time of day but this has not stopped people feeling the need to phone the speaking clock, which costs 50p a pop from BT landlines.

A Freedom of Information request revealed that between February 2018 and February 2021 there were 517 calls from Parliament to the speaking clock.

During this period it has not always been possible to check the time by looking up at the Elizabeth Tower which houses the iconic Big Ben bell.

Its clock hands were removed in April 2018 as part of a refurbishment programme which has been marred by spiralling expenditure. Earlier this year it was reported costs had hit at least £80million – up from an original estimate of £29.7million.

The original clock hands have been now been restored. The hour hands are made of gun metal are 2.7m in length and weigh 300kg; the cooper sheet minute hands are 4.2m long and weigh 100 kg.

Even before the refurbishment started, people regularly dialled up the speaking clock.

An explanation on the Parliament website states: “Please note that clock engineers wind the clock in the Elizabeth Tower several times per week and check its accuracy against the speaking clock and the twice yearly clock change also uses the speaking clock.”

End of the EU? Brexiteer predicts next members to leave as Brussels wants MORE integration