The former International Trade Secretary said products carrying a Union Jack on the packet are highly sought after in some of the world’s biggest markets. That would allow farmers to charge a premium. Producers fear they will not be able to compete with Australian counterparts if the UK strikes a free trade pact this month. Dr Fox said: “The point of free trade in general is we are all able to use our comparative advantages. Low cost may not be the UK’s advantage.

“If you look at the export of a lot of UK goods, the fact that we are at the high quality end, sometimes the higher price end can be an advantage.

“In China and India having the Union Jack on a product is an advantage because it is seen as a guarantee of quality.

“So we will never be able to compete at the lower cost, lower end, but that’s not what the UK’s comparative advantage is.”

He said consumers should be able to choose cheaper products from abroad but food should be properly labelled so they know where it comes from. The government wants a trade deal with Australia before G7 nation leaders meet in Cornwall later this month. 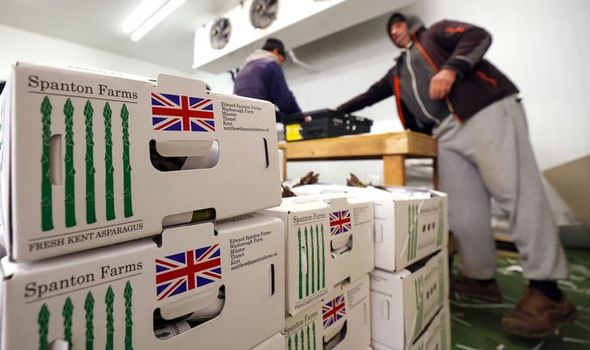 But that would make it difficult for UK beef and lamb producers to compete with Australian superfarms.

He said yesterday there is a “question about the pace” that trade liberalisation is introduced and “you do have to be mindful of sensitive sectors”. 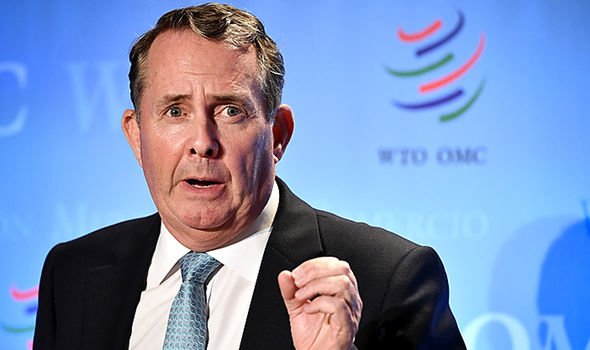 The Cabinet minister denied having a “fight” with Ms Truss, insisting they had a “good natured discussion” about the UK’s direction.

Mr Eustice said the government is looking at whether the carbon impact of imported food and other goods should be measured. He said: “It’s a complex thing to get right, but it is something that is being looked at.”

He said a carbon border tax could be put on nations which had lax rules.