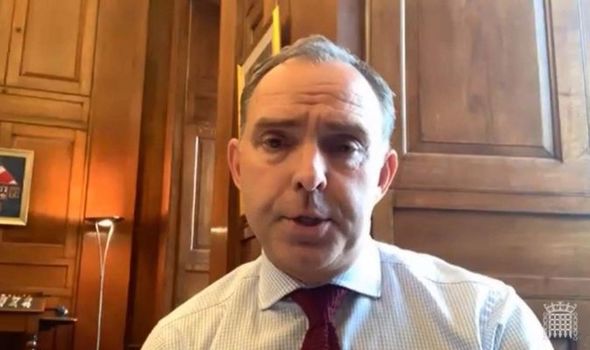 Lord Sedwill sanctioned the “raucous” Cabinet Office leaving do for a No 10 private secretary on June 18, 2020, according to a newspaper.

It was said to have been attended by 20 people while Covid curbs preventing indoor social gatherings were in force.

It has been claimed that they gathered in the Cabinet Office with some drinking wine.

Civil servant Sue Gray’s interim report into gatherings in Downing Street said an event at 70 Whitehall was held to mark the departure of a No 10 private secretary. The official in question is said to be former home affairs policy adviser Hannah Young, who left Downing Street to take up the role of deputy consul general in New York.

The peer later condemned the rise of “demoralising” and “damaging” anonymous criticism of officials.

Lord Sedwill, a former ambassador to Afghanistan, is the latest senior figure to be dragged into “Partygate”.

The report by Ms Gray said that just four out of the 16 events she investigated are not being probed by the Metropolitan Police.

Not immune Warning to IRA suspects who were sent controversial letters

GOP lawmakers urge Biden to meet with them on virus relief