EU negotiator Michel Barnier claimed the UK is not sticking to its negotiating commitments and slammed the country’s vote to leave. But government sources said the Prime Minister would not back down in the face of the EU “bully boy tactics” and insisted the bloc needs to “evolve” its position. Brussels was also accused of breaking its Brexit promises over fishing rights.

Negotiations face collapse unless the EU makes compromises, it was warned.

Brexiteers dismissed the bloc’s sabre-rattling as a sign of desperation.

Former Brexit minister David Jones said the UK was only asking for the same type of deal as the EU has struck with Canada and Japan.

“The problem is the EU is having difficulty in coming to terms with the fact the UK is no longer part of the European Union.

“It’s behaving like an amputee with phantom limb syndrome.” 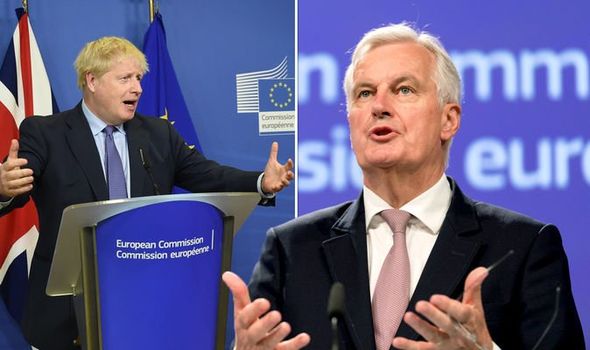 Sir Iain Duncan Smith said: “This is a sign of real desperation by the EU. They are clearly panicking that the UK means what is says and has the capacity to do it.

“They are trying any way they can to force the UK’s hand but it won’t work.”

Mark Francois, chairman of the European Research Group of Brexiteer Tories, said: “Barnier the bluffer is at it again.

“The modus operandi of this man, as we learnt from the negotiations last autumn of Boris’s revised withdrawal agreement, is to talk tough as a prelude to giving in.

“Those in Brussels have finally realised that we have left the EU and we now intend to negotiate as a sovereign state.

This is a sign of real desperation by the EU. They are clearly panicking.

“Providing we hold our nerve, I have every confidence that the EU will finally agree to a deal, knowing full well that we will leave under Australian type terms if they do not.

“The clock is ticking.”

Conservative Andrew Bridgen said: “There is no way that Boris will give in to the EU bullies.

“He didn’t do that when we were a minority Government before the general election, why would he now?”

Mr Barnier claimed the UK has taken “two steps back, three steps back” from its original negotiating commitments.

And he said the UK’s decision to quit the bloc, saying it was a “lose-lose” for both sides.

But a source close to the negotiations said it is Brussels that is moving away from its original commitments in the talks.

They said the block was continuing push for an overarching deal on future relations that includes an agreement on fishing rights, despite signing up to negotiating terms that clearly set out that a separate agreement on fish should be in force in July.

“They clearly need to reconsider their position to avoid backsliding on the agreement made last autumn, and stop making demands incompatible with our future status as an independent coastal state,” the source said.

The latest round of talks will set the scene for a crucial video conference between the Prime Minister and European Commission President Ursula von der Leyen next month to take stock of progress made so far.

Relations between the UK and EU have become increasingly strained during the talks, particularly over fishing rights and so-called level-playing field demands that would keep Britain tied to Brussels rules.

Mr Johnson is said to be ready to walk away from negotiations in September if the EU continues to drag its feet.

Britain has until July 1 to decide whether to extend the transition period, which keeps existing rules in place until the end of the year. 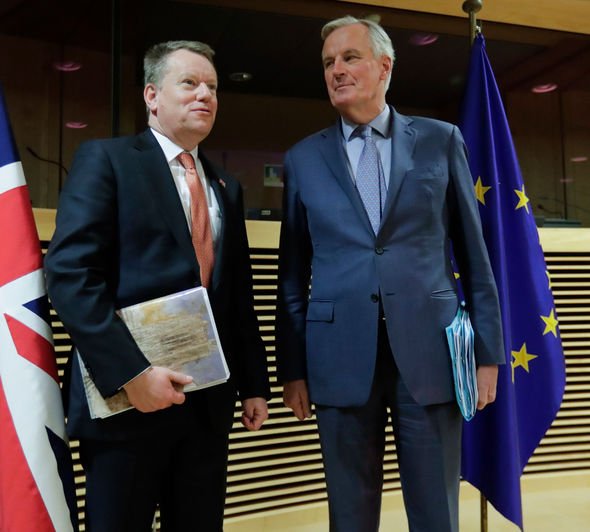 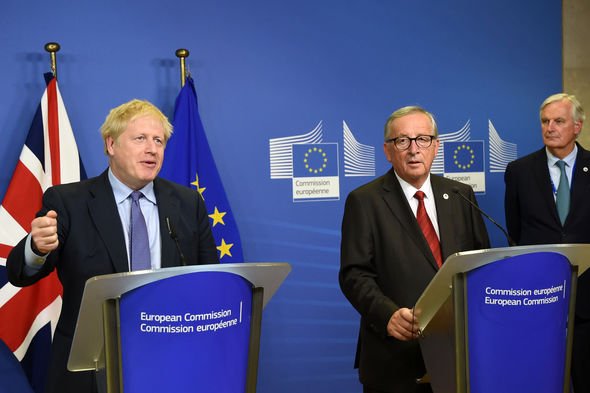 The EU has repeatedly offered to extend the talks but UK negotiator David Frost insists the deadline will not be shifted because the country needs “political and economic freedom” and does not want to pay “significant” amounts into EU coffers.

It is believed that talks would be unlikely to be resumed in the same form once the transition period has ended.

Senior government sources insisted the UK is “driving any progress” and the EU is “either not ready or not willing to inject momentum”.

They called for some “political reality” in Brussels and warned negotiators cannot “use their usual tactic of delay” to drag the talks into the autumn.

It is understood that during the last round of talks, the EU would not engage with the proposals put forward by the British team and continued to stick to their own unnegotiable positions.

But the UK believes that its clear and firm position has sounded alarm bells for some EU countries about the risks of failing to make progress soon.

The government has made it clear it will not cave in to demands for fishing rights for European vessels to remain the same as they are now.

Brussels also wants a so-called level playing field, a set of common rules and standards, that the UK would have to abide by, which has caused major tensions.

Mr Barnier told a Sunday newspaper there would not be an “agreement at any cost” and accused Britain of not keeping its commitments.

“The UK has been taking a step back – two steps back, three steps back – from the original commitments,” the EU’s chief negotiator said.

“The UK negotiators need to be fully in line with what the Prime Minister signed-up to with us. 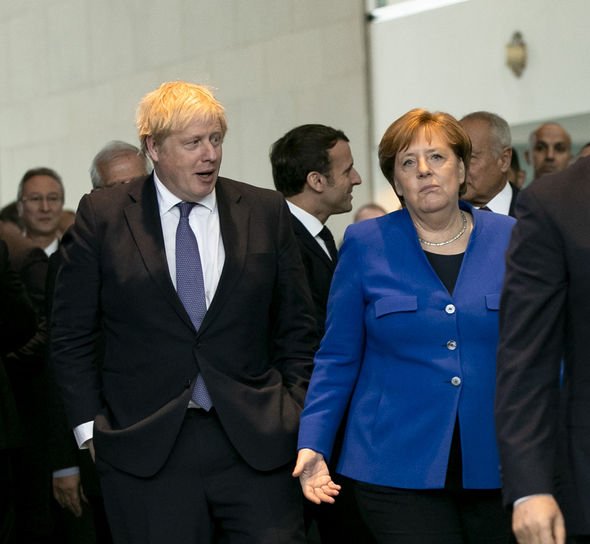 “Because 27 heads of state and government and the European Parliament do not have a short memory.”

Mr Barnier said the EU’s heads of state remembered “very clearly the text which we negotiated with Boris Johnson”.

“And we just want to see that complied with. To the letter… and if that doesn’t happen there will be no agreement,” he told the paper.

Mr Barnier insisted UK withdrawal from the EU was a “lose-lose” for both sides, saying no-one – not even Nigel Farage – had shown there was any “added value” to the UK’s departure.

He said that meant the next natural next step in trade negotiations was “damage limitation”, and if no agreement were reached that would result in “even more consequences” at the worst time possible, given the coronavirus pandemic.

“So, I think we have a joint responsibility in this very serious crisis, which affects so many families… with so many deaths, so many sick people, so many people unemployed… to do everything we can to reach an agreement and I very much hope that we will do so,” he said.