The Irish foreign affairs minister has admitted the EU27 are unlikely to ratify any Brexit deal if the UK is still making threats against the Withdrawal Agreement. Speaking in the Irish Parliament this week, Simon Coveney said there was no point in a Brexit trade agreement while the threat of the controversial Internal Market Bill persists. This means that any trade agreement is likely to fail even if Boris Johnson compromises for a deal with the EU before the mid-October deadline.

Mr Coveney said that the move to overwrite parts of the international agreement through the Internal Market Bill is deeply concerning.

He told fellow Irish politicians this week: “It is my view, that even if there is an agreement on a future trading relationship, that if there is still a threat to legislate to undermine the Withdrawal Agreement and break international law, I don’t believe any future relationship agreement will we be ratified.

“Why would the EU ratify a new agreement with a country that is threatening to break an agreement that’s not even 12 months old?”

The Irish minister warned any final trade deal with Britain will only be ratified if member states are certain the Brexit withdrawal agreement will be implemented in full. 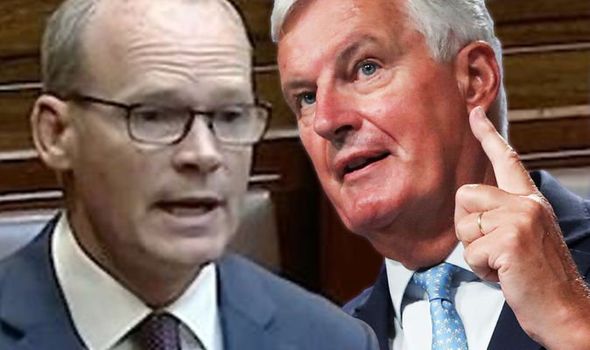 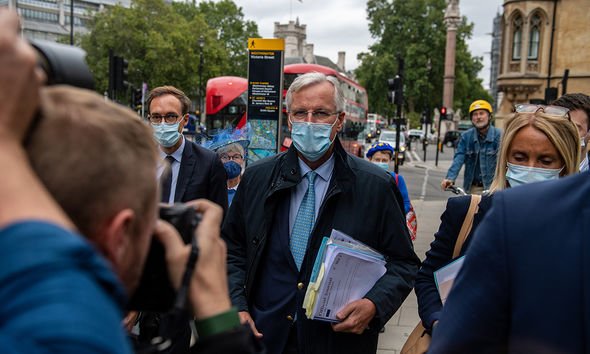 Mr Coveney dismissed the compromise struck between Mr Johnson, and rebel Tory MPs last week, which would see the Commons have a vote if the Internal Market Bill was invoked.

He said: “I don’t think it has impressed the European Union.

“A government with an 80 seat majority, having a parliamentary lock, I’m not sure that’s a reassurance to anybody outside the UK.”

The foreign minister described the Bill as “damaging” to the reputation of both Mr Johnson and Britain. 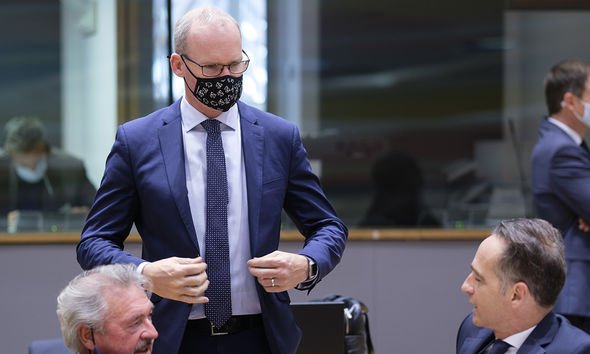 Mr Coveney also told the Parliament that not nearly enough progress has been made so far in the negotiations.

EU diplomats echoed this point on Friday, saying the bloc would never sign up to a trade agreement while there was “a gun on the negotiating table” in the form of the Internal Market Bill.

An EU diplomatic source said: “Things have improved but there is no way the EU will sign a trade deal when a gun is still on the table.” 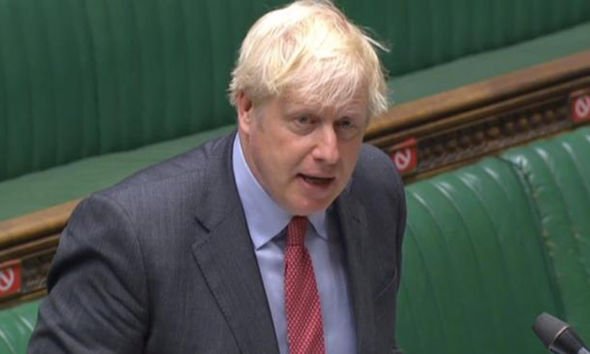 EU and UK negotiators meet in Brussels next week in a crucial round of talks if a mid-October deadline to finalise the agreement is to be reached.

Prime Minister Boris Johnson has said both sides should “move on” if a deal cannot be made by the next European Council summit on 15 October.

Downing Street plans to delay enshrining the Internal Market Bill until December, after any potential trade deal with the EU signed.

There is also speculation from EU sources that Boris Johnson’s position is “softening” after he read a new London School of Economics report suggesting that no deal Brexit would cost Britain three times more than the coronavirus pandemic.