Macron has ‘abandoned’ his past political stance says Oulds

In a brutal swipe aimed at the United Kingdom and the United States, Emmanuel Macron accused the two powers of not sharing vaccines during the pandemic. The French President insisted members of the European Union remained “the most generous” around the world when it came to sharing the vaccine. Speaking to reporters upon his arrival in Porto, Portugal for a key summit of European Union leaders, Mr Macron said: “Today, the Anglo-Saxons block many of these ingredients and vaccines.

“Today, 100 percent of the vaccines produced in the United States are for the American market.”

He added: “In Europe, of around 110 million produced, we have exported 45 million and kept 65 million.

“We are the most generous in the world today among the most developed countries.”

Mr Macron insisted the question of whether there should be a waiver on COVID-19 vaccines is not the most critical issue right now, it is getting doses distributed across the world. 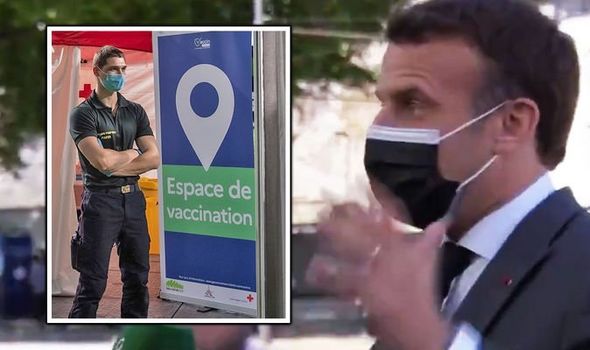 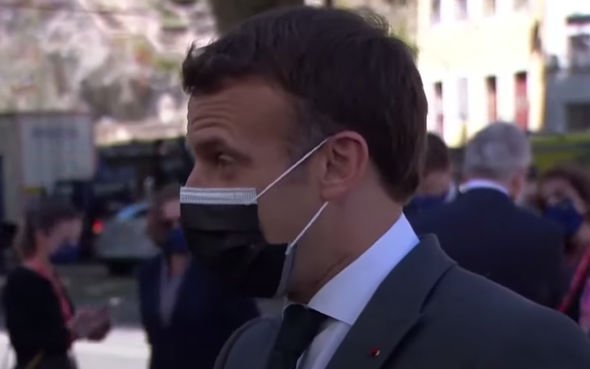 He continued: “What is the current issue? It is not really about intellectual property.

“Can you give intellectual property to laboratories that do not know how to produce and will not produce tomorrow?

“The main issue for solidarity is the distribution of doses.”

Mr Macron previously supported proposals from the European Commission to blockade the distribution of jabs as the bloc struggled to successfully roll out the vaccine.

Macron is a ‘little king in his castle’ says protester

France has been suffering severe setbacks with the distribution of COVID-19 vaccines as high levels of scepticism rage across the country.

The French President was forced to impose a new lockdown in March because of the rocketing level of new coronavirus infections in Paris and other key regions.

But in recent weeks, the number of patients with COVID-19 in French hospitals was reported to have dropped by 741 to 27,686 in the sharpest one-day drop since the end of November.

Pressure on emergency wards also eased, with the number of COVID-19 patients in intensive care down by 102 to 5,402 from a year-high of 6,0001 less than two weeks ago.

COVID-19: Greenwich council backs down in fight with government over closing schools due to rising coronavirus rates