Boris Johnson’s convoy has been targeted by a protester as it left the gates of parliament following PMQs.

The protester, who had been demonstrating about Turkish action against Kurdish rebels, ran into the road as the prime minister returned to Downing Street from the Commons.

This forced the lead vehicles in the convoy, a police motorbike and Mr Johnson’s Jaguar, to stop. 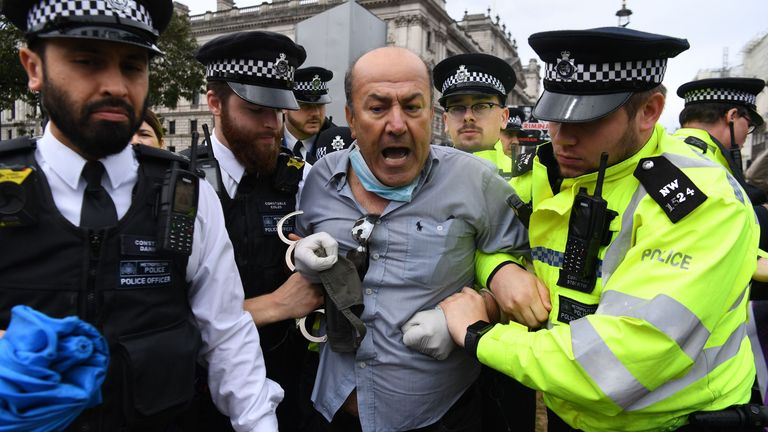 As a result, a support vehicle crashed into the back of the car carrying the PM in what seemed to be a minor collision.

There was a visible dent in Mr Johnson’s Jaguar as the vehicles drove off shortly afterwards.

Police officers were seen detaining the protester and taking him into the Palace of Westminster.

He was arrested for offences under Section 5 of the Public Order Act and for obstructing the highway, the Metropolitan Police said.

Downing Street said there were no reports of any injuries.

A Number 10 spokesman confirmed the car was Mr Johnson’s, adding: “I think the video speaks for itself as to what happened.

“No reports of anybody being injured.”