Vaccines “couldn’t fail” to have some impact on the spread of coronavirus, according to England’s deputy chief medical officer.

Professor Jonathan Van-Tam, who revealed he has been administering vaccines himself, said it was less a question of “will they” rather than “to what extent” the roll-out of jabs would dampen infection rates.

More than seven million people in the UK have now received a first dose of a COVID-19 vaccine, with more than 7.6 million jabs – including second doses – given in total.

Speaking at a Downing Street news conference on Wednesday, Prof Van-Tam said there was “not yet data on the extent to which vaccines will reduce transmission at this point in time”.

But he said that “multiple studies” were being conducted to look at the effect of vaccines.

“I think as scientists we believe on first principles that vaccines with the very high level of effectiveness that we are seeing from the clinical trials really couldn’t fail to have some effect on transmission,” Prof Van-Tam added.

“And the question is really less ‘will they’ but ‘to what extent’?

“And I think when we have clarity on the extent, that will then open up a whole range of further questions about the future deployment of vaccines… about how vaccines might play a role in keeping transmission low in the UK.

“But these are questions for the future and I just can’t give you any clear data on that at the moment.” 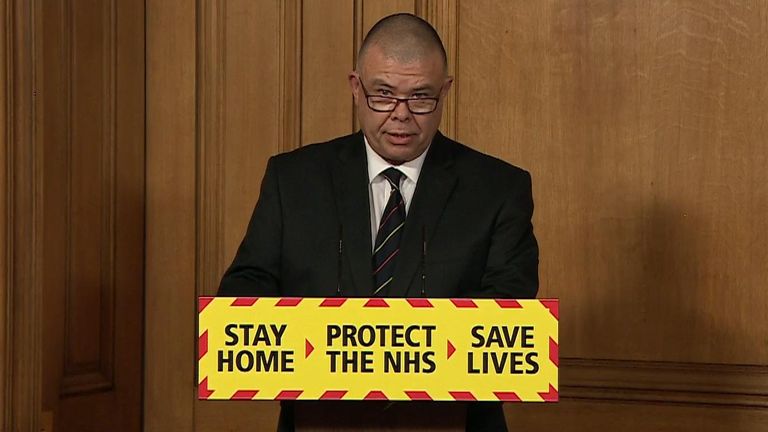 Sir Patrick Vallance, the government’s chief scientific adviser, agreed that vaccines would have “some effect” on transmissions.

“You don’t have vaccines to this degree of efficacy without there being some effect but we can’t put a number on it at the moment,” he said.

“I think it is really important that as these are rolled out across the world, we monitor and understand – Israel has started doing that and they are beginning to get some data out.

“They have said they won’t have any firm data for a few weeks yet and we’re going to be in the same position.”

“But these are important questions because… it will also determine to what extent these vaccines can be used across the wider society to reduce transmission overall.”

The government has previously been cautious about the possible effect of COVID vaccines on the spread of transmission.

They have warned those who have been vaccinated are still at risk of transmitting the virus to others and suggested this could mean social distancing measures might be in place for a while yet.

Meanwhile, prime minister Boris Johnson said he was “very confident” about the UK’s supply of vaccines.

Asked why vaccination levels had dropped this week, Mr Johnson said: “Don’t forget that these are vaccines that have only just been invented and the batches are only just being approved.”

He added: “I think one of the things that we said at the beginning is that there would be bumps, there would ups and downs, particularly in these early phases as production gets underway.”

GB News: Putin health may be at risk as doctor predicts thyroid issues and cancer