The UK’s independent inquiry into COVID-19 is due to launch in Spring 2022. Until then, this parliamentary report is the best assessment we are likely to get into the government’s pandemic response.

And putting aside the success of the vaccine and former health secretary Matt Hancock‘s “100,000 tests target”, the cross-party committee’s conclusions are damning.

The government’s initial “fatalistic” approach was “a serious early error”. The test, trace and isolate system was “often chaotic” and “ultimately failed”. Thousands of care home deaths “could have been avoided”.

Many of these criticisms mirror Dominic Cummings‘s coruscating take on government failures. In May, he argued: “Tens of thousands of people died, who didn’t need to die.”

But they do use strong language (“serious mistake”, “major deficiencies”) to describe how parts of the civil service were unprepared for dealing with complex crises. 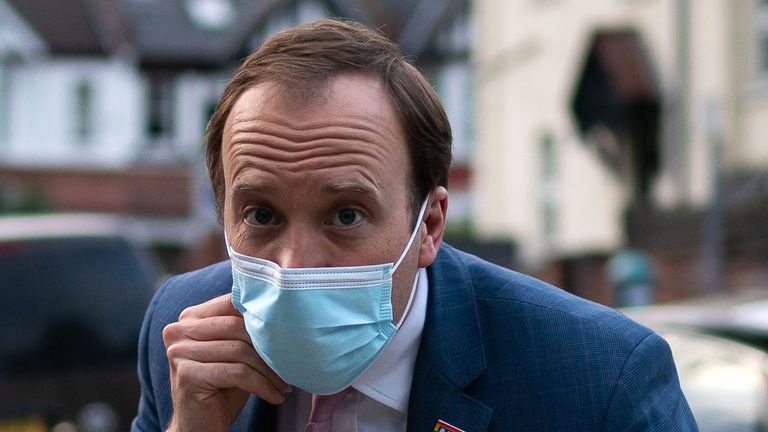 The committee of MPs are particularly critical about the operation of COBR, the government’s emergency committee.

And they argue Public Health England (PHE) was “scientifically accomplished” but poor at delivery.

Of course, those in government argue many of these lessons have long been learnt. PHE has been axed and replaced with the UK Health Security Agency.

Department of Health policies have completely changed. Mr Cummings and Mr Hancock have left their jobs.

The report is, however, a reminder that whilst the UK’s vaccine strategy was excellently executed, many massive mistakes had already been made.

Two hosts of ‘The View’ test positive for the virus minutes ahead of an interview with the vice president.