Tesco has been accused of flouting coronavirus rules and not having a “responsible attitude” to safety measures.

Andy Burnham, mayor of Greater Manchester, said the supermarket was one of several chains not enforcing the requirement for customers to wear face coverings, which have been mandatory in shops since 24 July.

He highlighted it as an example of companies “not properly” following the rules, in a push for councils to get tougher powers to close firms which are not COVID-secure. 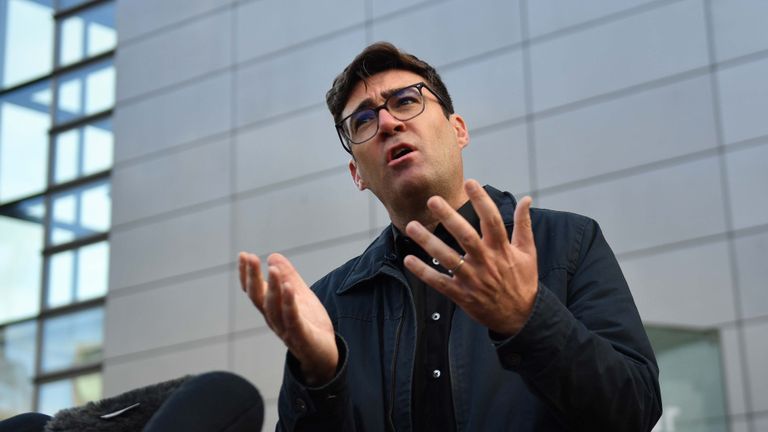 Such action would help avoid other regions going through the same fate as Greater Manchester and being put into Tier 3 coronavirus restrictions, the Labour politician added.

Revealing what local leaders pushed the government for in talks last week before they collapsed, Mr Burnham said a “crude formula” was used by ministers to decide how much money the area should receive.

“We also argued for a more targeted approach to venues,” he told peers on the House of Lords economic affairs select committee on Tuesday.

“We asked for summary closure powers of all business premises that were not deemed to be COVID safe.

“I’m not just talking about pubs and restaurants, there are large supermarkets in Greater Manchester who in my view have not properly implemented the requirements around face coverings, and I’ll name one chain: Tesco.

“I don’t believe they have taken a responsible attitude to this issue – they’ve said it’s not for them to enforce. Well I think it is for those organisations to enforce.”

He continued: “So we have asked for targeted summary closure powers to be able to temporarily close venues which we do not believe are adhering properly to the protocols.

“We think that would be a better approach than blanket restrictions that may or may not have the impact the government wants on the virus.

“We’ve been under those restrictions for three months, so together with Leicester we probably have more experience of local restrictions than anyone.

“And our view is they may have dampened the number of cases but they haven’t actually succeeded in turning the situation around.”

A Tesco spokesperson told Sky News: “Customers must wear face coverings when they shop in our stores, and everyone has their part to play in this, unless they are exempt in line with government guidance. 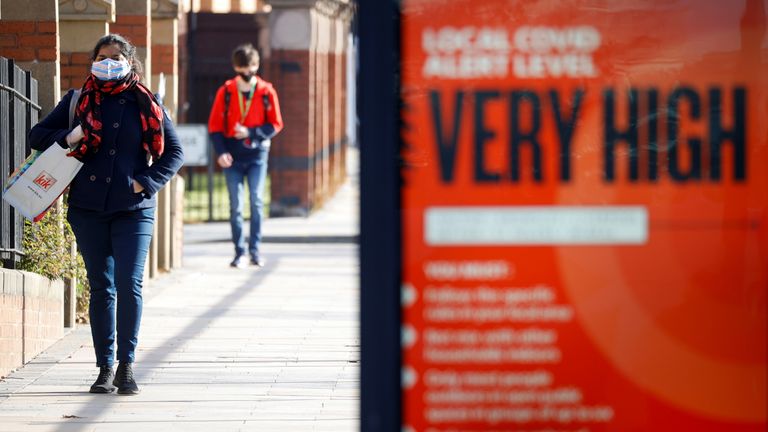 “We have clear signage explaining this, and we have packs of face coverings available for purchase near the front of our stores for any customers who have forgotten them.”

They added that the government has “made clear that it is for the police, rather than individual retailers” to enforce the law.

“Our colleagues do not have enforcement powers, and asking them to do this would put them at increased risk of verbal and physical abuse.”

It is the second time this week the supermarket has come under fire, after it was accused of stopping selling some items wrongly under the Welsh government’s bid to ensure “essential items” could only be sold during the 17-day lockdown. 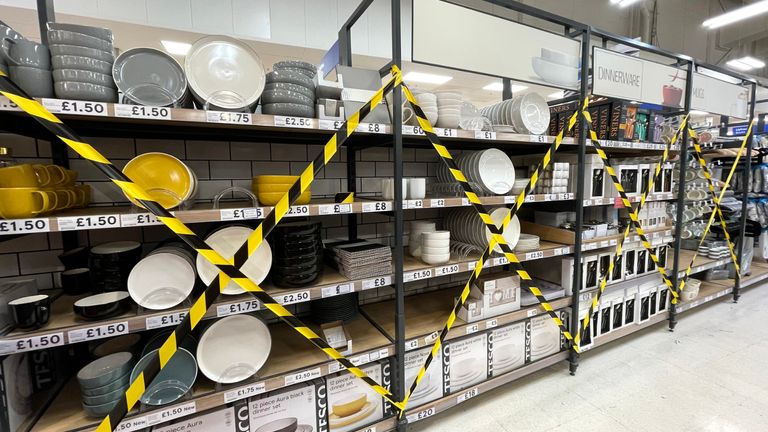 Steve Rotheram, mayor of the Liverpool City Region, was also deeply critical of how the area going into Tier 2 was handled.

He told the Lords committee that the talks with government were “far from negotiations” but local leaders were told what was happening “no ifs, no buts”.

Ministers “didn’t provide us with any economic impact assessments” of the move and were at times “just making things up as they went along”, he claimed.

It comes as 367 more people died with COVID-19 in the UK – the highest daily figure since 27 May, when 422 fatalities were reported as the country gradually came out of the first peak.