Matt Hancock announced the new target to ensure a massive increase in the number of tests, that identify whether patients have the virus or have developed immunity. The dramatic escalation of the Government’s effort to tackle the epidemic comes as the UK death toll hit 2,921 yesterday. Mr Hancock also announced that £13.4billion of NHS trust debts will be written off by the Treasury to boost the health service.

The Health Secretary has now unveiled a five-point plan to root out the “invisible killer”.

On his first day back at Westminster after recovering from the virus himself, he insisted his experience had “redoubled” his determination to fight the disease.

He said: “We will strain every sinew to defeat it once and for all.

“And I will stop at nothing to make sure that frontline staff have the right equipment so that they are safe and can have the confidence they need to do their jobs.” Mr Hancock’s announcement signalled a huge expansion in the Government’s ambition for testing.

It followed fury that figures showed just 2,800 out of around half a million NHS staff had been tested for the infection, with images of sparsely used testing centres causing despair. 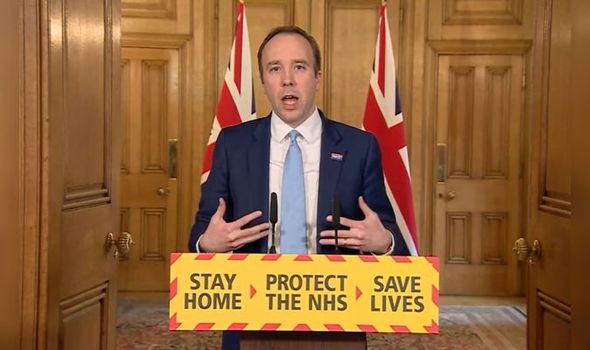 And just 24 hours before the announcement, Prime Minister Boris Johnson had reiterated the Government’s previous target of 250,000 tests a day by the end of this month. Mr Hancock’s five-point plan included:

The Health Secretary also unveiled a £300million cash injection for community pharmacies to help them fight the disease.

He admitted he had to “level” with the public about the scale of the challenge and acknowledged the criticism of the level of testing so far.

He said a country-wide shortage of swabs had been resolved, but that there remained a “global challenge” around sourcing the chemicals needed for the tests.

Mr Hancock said NHS staff will be able to get tested for Covid-19 “absolutely before the end of the month”.

He added: “With 5,000 tested since staff testing started at the weekend, we’ve clearly made significant progress.”

Mr Hancock said the figure of 100,000 tests by the end of April will cover all five of his testing “pillars”. He added that large-scale antibody testing – to see if someone has been infected with the virus and recovered – will only be rolled out when clinicians are confident it is a valid test.

The Cabinet minister defended his decision to prioritise testing of patients over NHS staff and said he thought any health secretary would have done the same.

Mr Hancock said: “I understand why NHS staff want tests, so they can get back to the front line, of course I do. But I took the decision that the first priority has to be the patients, for whom the results of a test could be the difference in treatment that is the difference between life and death. 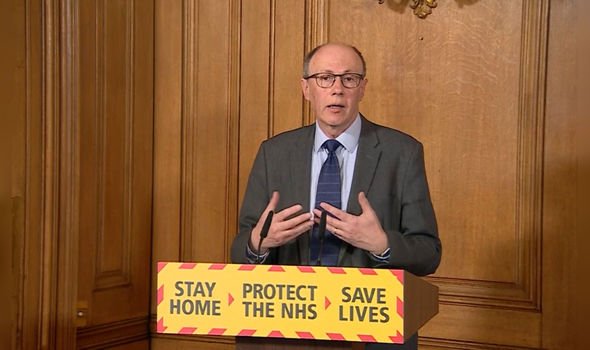 “I believe anybody in my shoes would have taken the same decision.”

Mr Hancock paid an emotional tribute to NHS staff who have lost their lives after becoming infected while treating coronavirus patients.

He added: “If the past few weeks have shown us anything, it’s that we are steadfast as a country in our resolve to defeat this invisible killer.”

Prof Newton said: “The initial priority, of course, is for the swab tests because those are tests which allow the NHS to manage critically ill patients to the best they possibly can and also to allow NHS staff and other key workers to come back to work when they can.”

Professor Stephen Powis, the medical director of NHS England, said: “I still think there are reasons to be hopeful, as I said a couple of days ago.

“One of the very first reasons for that is because we do see that the public is complying with the measures that the Government has laid out to reduce social contact and to stop the spread of the transmission.

Coronavirus: Care provider MHA getting no regular tests due to safety issues

Laura Kuenssberg husband: Who is the BBC News reporter married to? Does she have children?