Boris Johnson has been told to scrap an investigation into alleged Christmas parties in Number 10 following claims that the man leading the probe also attended events himself last year.

Within allegations reported by various publications, Cabinet Secretary Simon Case is claimed to have shared drinks with 15 to 20 staff in his Whitehall office in mid-December last year.

The claims come as Mr Case, who is the top civil servant in the country, currently investigates the allegations of parties held in Downing Street and other government buildings last winter.

There have now been calls for Mr Case to be suspended and his investigation into alleged Downing Street parties to be handed over to a judge.

Earlier this month, the prime minister ordered Mr Case to conduct the investigation after a video emerged of Number 10 officials joking and laughing about a Christmas party said to have taken place on 18 December 2020.

It has been alleged, if the events did take place, they would have been in breach of strict COVID rules in place at the time.

In an allegation reported by the Guido Fawkes website, it was claimed that parties were held in Mr Case’s office on two occasions last December.

Meanwhile, the Independent and Politico websites reported that Mr Case shared drinks with a group of staff at his office and in the waiting room outside at 70 Whitehall at a time when London was in Tier 2 restrictions, which banned people from socialising indoors.

Mr Case was described as having been “in and out” of the alleged gathering.

And The Times reported that Mr Case attended a Christmas party with a team of officials on 17 December last year, with the event listed in digital calendar invitations as “Christmas party!”.

This was the day after London went into even stricter Tier 3 measures, when pubs and restaurants were closed.

Following the claims about the cabinet secretary’s alleged attendance at events, the SNP’s Westminster leader Ian Blackford wrote to Mr Johnson to claim that Mr Case’s investigation had now been “fundamentally and fatally undermined”.

“The cabinet secretary’s internal investigation cannot be trusted and it must now be scrapped,” he added.

“The public cannot possibly have any confidence in an inquiry, led by someone alleged to have been involved in the very matter being investigated.

“Independence of review and absolute transparency is of paramount importance in this matter. 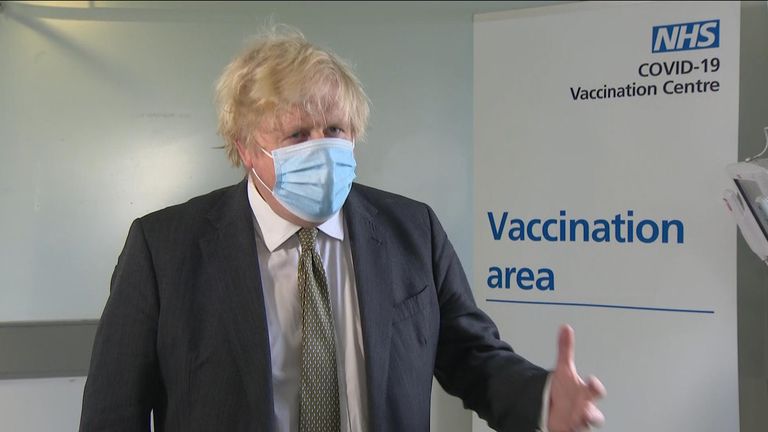 “It is clear that the prime minister must now ensure a judge is able to lead an inquiry that is independent and external of this government.

“This judge-led inquiry must act at pace and review all allegations of impropriety and rule breaking that have taken place across government.

“Given that the Metropolitan Police were awaiting the cabinet secretary to pass on any further evidence emerging as a result of your internal inquiry to determine any potential criminal wrongdoing, it is also clear that the police now must look again at the overwhelming body of evidence.

“Put simply, the public suspected this was a rigged, limited internal investigation and an attempt to dodge accountability.

“They now know that the person appointed by you to investigate was also involved.

“The time has come to remove this matter from government to ensure an inquiry that is transparent, fair and thorough and that can begin to restore confidence in a process that has so gravely undermined public trust.

“Given the serious nature of the allegations, it would be proper for the cabinet secretary to be suspended while the investigation takes place.”

She said: “Boris Johnson as prime minister has set the tone for the civil service and the rest of government.

“Which each new revelation there is growing evidence of a culture of turning a blind eye to the rules.

“Labour made it clear when the investigation was launched that the person in charge should be uncompromised and able to make a fair and independent judgement.

“These fresh revelations put that into question.”

Sky News has not yet received a response to a request for comment from the Cabinet Office.

The Independent and Politico reported that the department had described the claims as “categorically untrue”.

In William Barr, Donald Trump has a powerful ally for challenging mail voting

Brexit: Ministers warned about ‘overall state of readiness’ for end of transition period