Home » Budget 2021: Lord Hague throws his weight behind calls for Rishi Sunak to raise taxes to deal with COVID spend

Former Conservative leader William Hague has thrown his weight behind calls for tax rises at this week’s budget in order to deal with Britain’s huge COVID spending.

In a major intervention, the senior Tory said the country had “reached the point where at least some business and personal taxes have to go up”.

Chancellor Rishi Sunak is reportedly considering a hike in corporation tax when he reveals his budget on Wednesday.

It has also been claimed he will seek to raise £6bn by freezing income tax thresholds for at least three years. 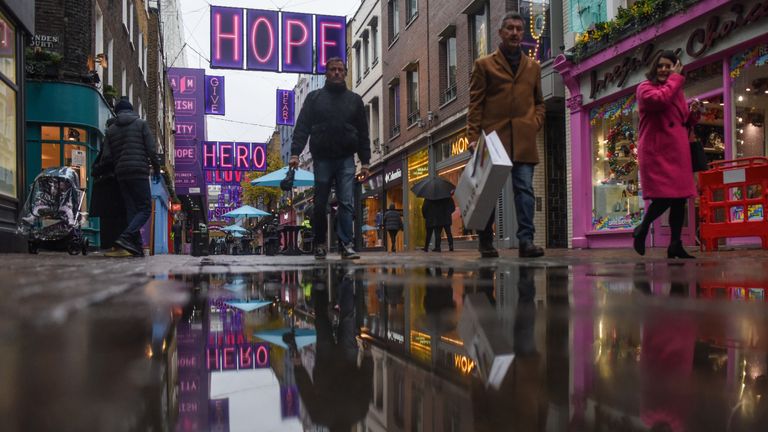 Mr Sunak has hinted his budget will include an extension of support schemes for furloughed workers and businesses while COVID restrictions remain.

But he has also warned of the need to “level” with the public about the large economic cost of the pandemic.

In the 10 months since the start of last April, public sector net debt has risen by more than £315bn during the coronavirus crisis.

Calling on Mr Sunak to begin dealing with the UK’s mounting debts this week, Lord Hague wrote in an article for the Daily Telegraph: “When the chancellor gets to his feet tomorrow, he will no doubt continue to spend on a massive scale.

“But it is also time to rediscover and reassert some basic truths of fiscal conservatism and cast illusions aside.” 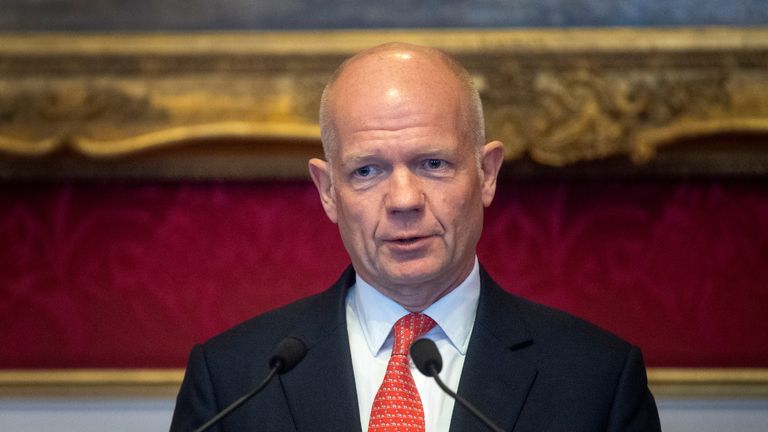 The ex-foreign secretary added: “It pains me to say, after spending much of my life arguing for lower taxes, that we have reached the point where at least some business and personal taxes have to go up.

“To maintain the opposite viewpoint, you have to believe in one or all of the following three arguments: that we need a smaller state, and it is spending that should be cut as soon as possible after the crisis; that higher tax rates generally produce less revenue anyway; or that we can go on borrowing at very low interests for so long that all tax increases can safely be postponed.

“All three of these arguments are now dangerous illusions.”

Lord Hague, who is known to be close to Mr Sunak, said that the argument for a smaller state “is already lost” with austerity “jettisoned at the last general election”.

He added that the state was already set to be bigger in the coming years due to the need for government spending on healthcare, vaccinations and support for young people impacted by the pandemic.

When he stood down as an MP at the 2015 general election, Lord Hague was succeeded in his Richmond constituency in Yorkshire by Mr Sunak, who last year said: “I speak to William a lot, he’s always been an enormous source of advice to me from the first day I was a MP and grappling with the basics.”

Another senior Tory, ex-chancellor Ken Clarke, has also called on Mr Sunak to raise taxes at the budget and ditch the Conservatives’ election manifesto promises on the pensions triple lock or to not raise income tax, national insurance or VAT rates.

“While there are some elderly people who have been very badly hit by the crisis… the comfortable elderly have really done rather well,” Lord Clarke told Sky News.

Labour has said that now is “not the time” for tax rises, but has signalled it could support an increase in corporation tax in the future.

Watch and follow the budget live tomorrow with special coverage and analysis from 12.30pm. A special edition of the Sky News Daily podcast will be available to listen to from 7pm.