The UK officially cut ties with the EU last month, meaning travellers from outside the bloc will be banned from bringing in meat and dairy products. Footage broadcast by Dutch TV network NPO 1 showed border officials confiscating ham sandwiches from one driver arriving in the Netherlands from the UK. A Dutch border official was seen telling him:”Since Brexit, you are no longer allowed to bring certain foods to Europe, like meat, fruit, vegetables, fish, that kind of stuff.”

After telling them the sandwiches had meat in them, the border official said: “Okay, so we take them all.”

The driver then asked the officials if he could keep the bread, but one replied: “No, everything will be confiscated – welcome to the Brexit, sir. I’m sorry.”

The Government issued guidance to commercial drivers travelling to the EU, by warning them to “be aware of additional restrictions to personal imports”.

The guidance stated: “You cannot bring POAO (products of an animal origin) such as those containing meat or dairy (e.g. a ham and cheese sandwich) into the EU. 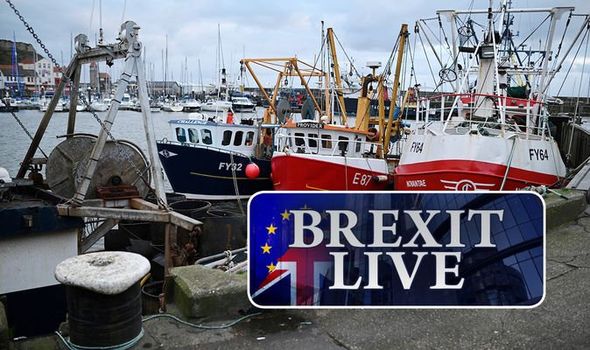 “There are exceptions to this rule for certain quantities of powdered infant milk, infant food, special foods, or special processed pet feed.”

The European Commission added the ban is necessary because such goods “continue to present a real threat to animal health throughout the Union”.

The commission wrote on its website: “It is known, for example, that dangerous pathogens that cause animal diseases such as Foot and Mouth Disease and classical swine fever can reside in meat, milk or their products.”

7.53am update: Theresa May warns UK must reject post-Brexit ‘push towards nationalism and isolationism’

Theresa May has warned Britain must reject “any push towards nationalism and isolationism” if it wants to prosper post-Brexit and deal with the effects of Covid-19.

Her comments came after International Trade Secretary Liz Truss said poorer countries will be offered “more generous” terms to trade with the UK post-Brexit under a new “emerging markets” scheme.

Speaking during a debate on “Global Britain”, Mrs May said: “We need to move away from the world of strong men facing up to each other.

“We need to find more ways in which we can work with those who share our values because those values are under threat and we need to work together to protect them.

“Global Britain has that position this year that enables us to do this. But in order to do this, we need to live our values ourselves.