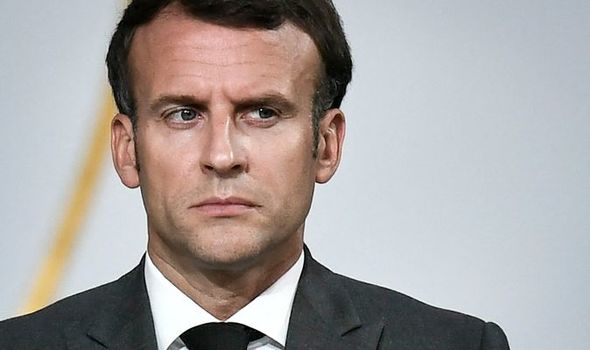 Late last night Paris issued an ultimatum to the UK over a fishing licences dispute.

It warned if the Government did not give more French vessels the right to access UK waters it would slap sanctions on Britain.

It said ministers have until November 2 to stop the measures being imposed.

Speaker Lindsay Hoyle has granted SNP MP Deidre Brock an urgent question in the Commons on the matter with ministers set to give a statement to MPs outlining their response.

Ministers first hear of the warning of sanctions from the media after they failed to be informed by the French Government itself.

“It is very disappointing that France has felt it necessary to make threats late this evening against the UK fishing industry and seemingly traders more broadly,” Lord Frost said last night.

“As we have had no formal communication from the French Government on this matter we will be seeking urgent clarification of their plans.

“We will consider what further action is necessary in that light.”

MPs will be updated on the situation at 10.30am.

France has threatened to step up border and sanitary checks on goods from Britain, prevent British fishing boats from accessing designated French ports and beef up checks on trucks coming from and going to the UK unless more fishing licences are issued to European vessels.

Paris also said it was “not ruling out reviewing its power supply to the UK”.

Under the EU trade deal, European vessels that have historically fished in British waters can continue to do so if they can present the necessary documentation to get a licence.

France has accused the UK of failing to honour its commitments under the agreement and says a number of licences have not been granted.

Still not getting it! Frost fury as EU drops 800 new Brexit rules on UK with NO notice