Insiders say he will work for the Prime Minister remotely until the middle of next month to finish a number of projects but his career at the heart of the Government was over. His sensational departure – confirmed shortly after he was snapped carrying a box out documents out of the door of Number 10 – ends his controversial spell as Mr Johnson’s closest henchman. Downing Street communications chief Lee Cain, who earlier this week also agreed to leave his post by the end of the year, left Whitehall on the same terms last night.

One insider said: “The Prime Minister wants to clear the air and move forward.

“It became clear that it was going to be impossible for them to carry on working in the building.”

Mr Johnson appointed Tory veteran Lord Lister as his chief of staff to restore discipline in Downing Street after the week of open feuding.

A Number 10 spokesman said: “The Prime Minister has today asked Sir Edward Lister to take on the role of chief of staff for an interim period pending a permanent appointment to the post.”

One report speculated that former chancellor Sajid Javid – who quit his role in protest at a move to put his advisers under Mr Cummings’ command – was being lined up for the Chief of Staff job.

A source close to the former chancellor said: “Sajid thinks getting an experienced Chief of Staff is a good idea, but it’s not a role he has ever been offered or considered for himself.” 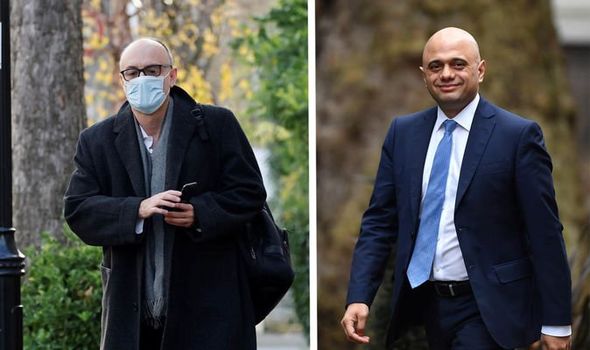 Mr Cummings appeared to hint last night that his influence at the top of politics may not be over.

He tweeted a photograph of Mark Twain with a reference to the author’s famous quotation: “The reports of my death are greatly exaggerated.”

Mr Cummings was understood to have backed Mr Cain for the role but is said to have faced opposition from the Prime Minister’s fiancee Carrie Symonds and senior ministers.

Several Tory MPs yesterday welcomed his exit as a chance to “refresh” the Government.

Veteran Tory MP Sir Roger Gale said: “I would like the Prime Minister to see this as an opportunity to muck out the stable and get in the team of people he really needs and deserves behind him.”

But some Brexiteers were concerned the former Vote Leave chief was leaving before the conclusion of the trade negotiations with the EU.

Until last night, Mr Cummings was a crucial figure at the heart of Number 10 helping to reform the Cabinet Office and playing a key role in the Government response to the coronavirus pandemic.

He is famed for a confrontational personal style that had alienated a number of senior Tories including ministers.

On Thursday night, Mr Cummings denied claims that he had threatened to quit in protest at the treatment of Mr Cain.

The chief adviser told the BBC that “rumours of me threatening to resign are invented.”

He also said his “position hasn’t changed” since he wrote a blog last January predicting that he would be “largely redundant” by 2021. 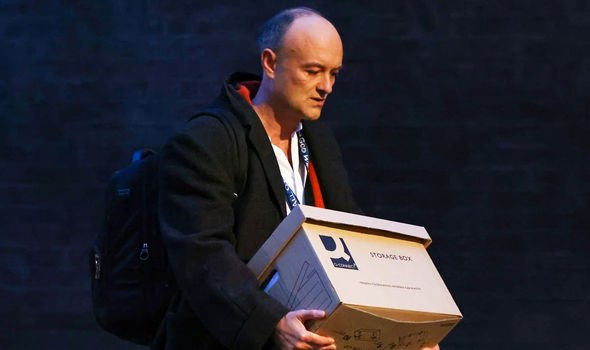 Speaking earlier yesterday following initial reports that Mr Cummings would leave Number 10 by the end of this year, senior Tory MP Sir Bernard Jenkin said: “It’s an opportunity to reset how the Government operates and to emphasise some values about what we want to project as a Conservative Party in Government.

“I’m not surprised in a way that it is ending in the way it is. No prime minister can afford a single adviser to become a running story, dominating his Government’s communications and crowding out the proper messages the Government wants to convey. Nobody is indispensable.”

Gavin Barwell, former chief of staff to Theresa May, said Cummings’ departure was a “big moment”.

He said: “Boris now has an opportunity to get a more harmonious, effective Downing Street operation.” 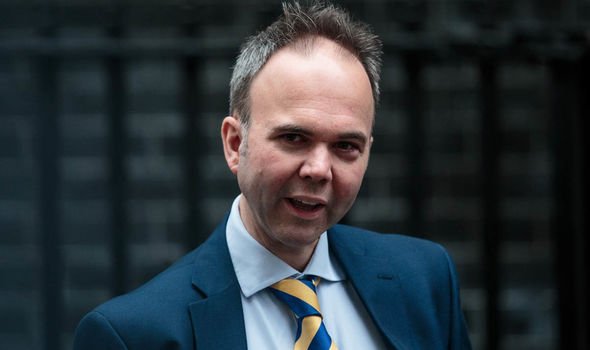 The Prime Minister’s official spokesman yesterday insisted that Mr Johnson was not being distracted from pandemic by the Downing Street squabbling.

“What the Prime Minister and the Government are focused upon is taking every possible step to get this country through the coronavirus pandemic,” he said.

The spokesman also insisted Mr Cumming’s resignation would not mean a softening of the Prime Minister’s stance in the EU trade negotiations.

Some MEPs claimed the changes in Downing Street showed that the Prime Minister was poised to abandon key red lines on fishing and regulation to secure a trade deal with Brussels.

In response, the Prime Minister’s spokesman said: “That is simply false. The Government’s position in relation to the future trade agreement negotiations is unchanged.” 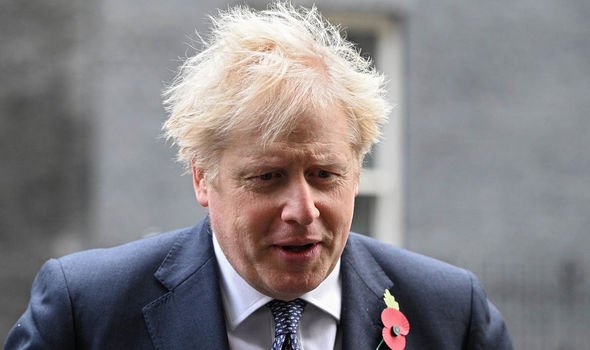 Cabinet minister Grant Shapps yesterday said Mr Cummings’ departure coincided with the Government moving to a “new phase” as the country’s transition out of the EU concludes next month.

The Transport Secretary said the adviser “will be missed” but added: “advisers do come and go”.

Mr Shapps said: “As he wrote right at the beginning of the year in his own words, he planned to make himself largely redundant this year with the big thing that he worked on, of course, which was Brexit, coming to an end at the end of the transition period, which is December 31.

“Of course, the other big thing is helping to ensure we have the roll-out mass testing to defeat this virus. Both these things are on the near-term horizon now.

“He will be missed but then again we’re moving into a different phase and Brexit will be, we’ve already left Europe, but the transition period will be over and things move on and advisers do come and go.”

As the U.S. Hurtles Toward a Debt Crisis, What Does McConnell Want?