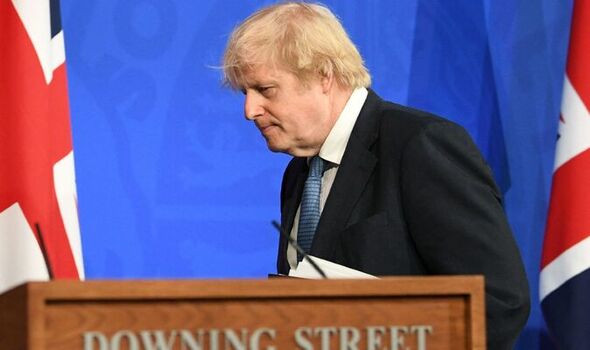 The Prime Minister will hold a televised press conference this afternoon when he is expected to apologise for the drinking culture inside No10.

He hopes the public statement will help draw a line under the so-called Partygate scandal and let him finally get on with delivering on his legislative agenda.

His statement follows the publication of the report into claims of rule-breaking in Downing Street during the pandemic by senior civil servant Sue Gray.

Tories have been frustrated that the row over lockdown rule breaking has distracted the Government from dealing with the people’s priorities.

The saga has dragged on ever since December last year when claims of parties inside No10 during lockdown first emerged.

Ms Gray was ready to publish her findings in January but was forced to delay handing her report over to the Prime Minister until after a police investigation concluded.

A total of 83 people received at least one fixed-penalty notice (FPN) each from the police for attending events over eight separate days.

The Prime Minister and Chancellor Rishi Sunak both received one fine each for breaking rules.

Today’s expected televised apology comes after Mr Johnson has already apologised repeatedly for the behaviour of staff inside No10 during lockdown.