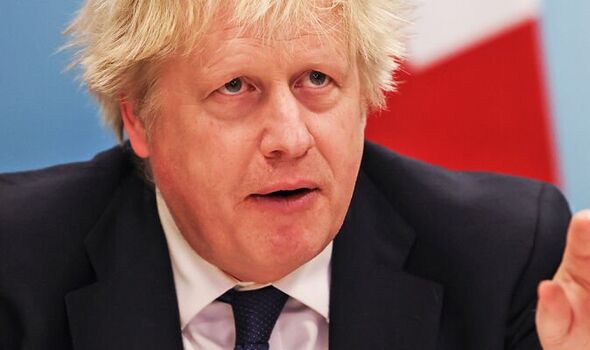 The Prime Minister told NATO leaders during an emergency call this afternoon the UK would take immediate action against the Russian dictator and Sergey Lavrov.

It comes after the EU announced similar measures this afternoon, with the West continuing to try and present a unified response to the aggression being inflicted by Moscow on Ukraine.

Mr Johnson warned leaders that “President Putin was engaging in a revanchist mission to over-turn post-Cold War order” and his ambitions likely extended beyond Ukraine, as he urged for leaders to go further with the sanctions they were implementing.

The Prime Minister has been pushing hard to get European nations to agree to cut off Russia from the Swift banking system that would limit the country’s ability to receive transactions.

A Downing Street spokeswoman said: “The Prime Minister urged leaders to take immediate action against Swift to inflict maximum pain on President Putin and his regime.

“The UK would introduce sanctions against President Putin and Foreign Minister Sergey Lavrov imminently, on top of the sanctions package the UK announced yesterday, he said.”

The official added: “The Prime Minister told the group that a catastrophe was engulfing Ukraine, and President Putin was engaging in a revanchist mission to over-turn post-Cold War order.

“He warned the group that the Russian President’s ambitions might not stop there and that this was a Euro-Atlantic crisis with global consequences.”